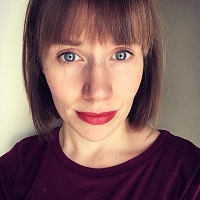 
Bio
Miriel Thomas Reneau is a PhD candidate in the subfield of American politics and constitutional law. Her dissertation examines questions of judicial methodology and the institutional role of the judiciary in the Supreme Court jurisprudence of Justice Samuel A. Alito. In addition to her keen interest in the federal judiciary and constitutional theory, Miriel has presented research in the areas of American political thought, the separation of powers, civil liberties, and the American presidency. Her secondary subfield is international relations. Miriel holds an M.A. in political science from Baylor University and a B.A. in politics from Ave Maria University.

At Baylor, Miriel assisted President Starr's office with research and speechwriting. Miriel's academic work focuses on the theory and practice of American politics. She is particularly interested in constitutional interpretation and the cultural implications of changes in American constitutional law.