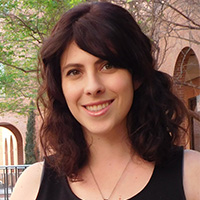 Bio
Olivia entered the Ph.D program at Baylor University in the fall of 2012. She received her Bachelor's in Political Science and in Communication Studies from Lee University, where she graduated summa cum laude and received the Department Award for the History & Political Science Department. While at Baylor, she has studied political philosophy, politics and literature, and international relations, earning her Master's degree in the process. She has served the Baylor community by being the department representative in the Graduate Student Association (GSA), working in the Graduate Office, and by serving on various university committees, including the Teaching, Learning, and Technology Committee.

Olivia also received an Outstanding Graduate Student Instructor Award for her first class, Fundamentals of International Politics. The nomination packet reviewed by a committee for this honor included a statement of teaching philosophy, a list of professional development activities related to teaching, a complete report of teaching evaluations, a letter from a mentoring faculty member, and a letter from a student in the eligible class.