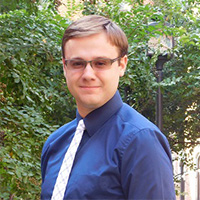 
Bio
Michael Gonzalez entered Baylor's political science PhD program in Fall 2017. Prior to this, he studied the humanities at the Thomas More College of Liberal Arts, and received a Bachelor of Arts Degree in the Liberal Arts in Spring 2017. Through his studies at Baylor, Michael hopes to pursue the perennial questions of political philosophy by studying the works of ancient and modern writers. The point of intersection between these two traditions is of particular interest to him, namely, the works of scholastic and humanist authors such as Thomas Aquinas, Dante, Petrarch, Machiavelli, Erasmus, Sir Thomas More, and Robert Bellarmine