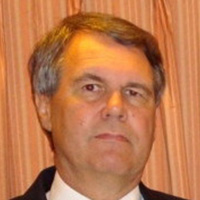 Professor Nichols comes to Baylor from Montclair State University, where he taught Political Science and directed the University Honors Program; he has also taught at Fordham Univeristy, the University of Virginia, and Catholic University. He has twice served terms as a Program Officer for the National Endowment for the Humanities, Division of Research and Programs.

PSC 2302 American Constitutional Development:
An historical and institutional study of the background, content, development, and interpretation of the United States Constitution. PSC 3330 The American Presidency
The American presidency as a political institution and as one of the primary components of the United States governmental structure.
PSC 4342 Public Policy and the Courts
Course examines the role assumed by the Supreme Court in the making of public policy, its history, its justifiction, and its limits, by looking at such areas as economic policy (e.g., property rights, economic regulation, contracts); civil rights policy (e.g., segregation and affirmative action); social policy (e.g., family rights, child-rearing, education, reproduction issues); and campaign finance regulation. Class will read both Court cases and secondary literature on judicial policy-making.
PSC 5310 Seminar in American Politics
Examination of American politics, institutions, and behavior. Topics will vary within the subfield of American politics.
PSC 5330 American Political Development
Study of the development and reform of political institutions and practices over the course of American history.
PSC 5340 The American Founding
Study of the creation and ratification of the American constitution with a particular focus on the debates concerning the proper structure, institutional arrangements and purposes of government.

"The Framers of the Constitution Would Approve of the Modern Presidency" in Debating the Presidency, Richard Ellis and Michael Nelson, eds. (Congressional Quarterly Press, 2006)