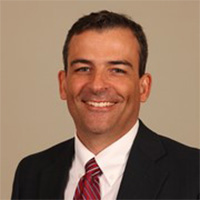 Curt Nichols' scholarship focuses on Executive / Presidential Politics and Politics and History. He was research fellow with the Kinder Institute of Constitutional Democracy at the University of Missouri 2014-2015. His current duty as Director and Instructor for the Baylor in Barbados study abroad summer program (Jun 2 - July 7th 2020) has him expanding his teaching interests into the comparative realm.

PSC 3314 Politics and Problems of the Developing World

4v94 Politics and Government of the Caribbean

"Reagan Reorders the Political Regime: A Historical-Institutional Approach to Analysis of Change,"Presidential Studies Quarterly, Vol. 45, No 4 (2015): 703-726.

"Public Opinion and the Military: A Multivariate Exploration of Attitudes in Texas," Politics and Military Sociology: An Annual Review. Vol 43, No 1 (2015): 75-105.

"Modern Reconstructive Presidential Leadership: Reordering Institutions in a Constrained Environment," The Forum: A Journal of Applied Politics in Contemporary Society. Vol. 12, No 2 (2014): 281-304.