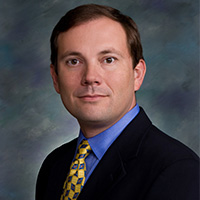 C. Alfred Mackenzie attended Baylor University, where he received the Bachelor of Arts (1987), Master of Arts (1988), and Juris Doctor (1991) degrees. In 2012, he also earned the Master of Laws (LLM) degree from the University of Glasgow. He has previously taught legal writing, federal courts, and appellate procedure as an adjunct instructor for the Baylor University School of Law.

From 1991 to 1994, Mackenzie served as a briefing and research attorney for Justice Bobby L. Cummings of the Tenth Court of Appeals in Waco, Texas. He has also served as a grader for the Texas Board of Law Examiners.

He has served on the Appellate Section Council of the State Bar of Texas (2001-2004) and as an appointed member of the Civil Appellate Law Advisory Commission of the Texas Board of Legal Specialization (1999-2005).

In 1999, Mackenzie was recognized as the Outstanding Young Lawyer by the Waco-McLennan County Young Lawyers Association, and served as that organization's president in 2000-2001. He also served on the Organizing Committee for and later as Secretary-Treasurer of the Judge Abner V. McCall American Inn of Court (2000-2002).

He is an active member and deacon of the First Baptist Church, Waco, where he has taught Sunday School for adults, youth and children.