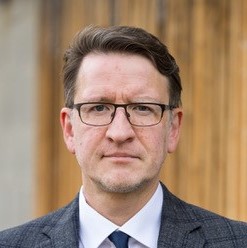 Serhiy Kudelia’s research has focused on three sub-fields of comparative politics: (1) the onset and dynamics of insurgencies and civil wars; (2) political regimes and regime change; (3) political institutions and institutional design. The geographic focus of his scholarship has been on Ukraine, Russia and the former Soviet Union. He published extensively on various aspects of the armed conflict in Donbas and analyzed both its causes and available conflict-resolution strategies. Dr. Kudelia conducted field research in sixteen towns of Donbas for his upcoming book investigating the town-based patterns of collaboration and resistance in the region at the start of the conflict. Three weeks prior to the full-scale Russian invasion of Ukraine he spoke at the panel of experts where he predicted that the war would begin “imminently” with the escalation of hostilities in Donbas under the pretext of protecting local residents.

Dr. Kudelia’s other scholarly contributions explored the conditions for the success of violent protect tactics in ousting autocratic rulers, intra-executive conflicts in semi-presidential systems, party-building in nascent democracies and the relationship between political competition and corruption in democratizing states. His articles appeared in various peer-reviewed journals including Journal of Democracy, Post-Soviet Affairs, Comparative Politics, Nationalities Papers, Problems of Post-Communism, East European Politics and Societies, Journal of Communist Studies and Transition Politics, Communist and Post-Communist Studies, Demokratizatsiya and in several edited volumes. His book The Strategy of Campaigning: Lessons from Ronald Reagan and Boris co-authored with Kiron Skinner, Bruce Bueno de Mesquita and Condoleezza Rice was published by the University of Michigan Press in 2007.

“Ukraine Crises and the Limits of Transatlantic Cooperation,” in Crisis, the Politics of Resilience, and the Future of Transatlantic Relations, eds. Sebastian Harnisch, Gordon Thies and Gordon Friedrichs (Routledge 2019).

“In My Name: The Impact of Regional Identity on Civilian Attitudes in the Armed Conflict in Donbas” co-authored with Johanna van Zyl, Nationalities Papers, vol. 47, No. 5, September 2019: 801 – 821.

“Breaking the Russia-Ukraine Stalemate,” Russia in Global Affairs, No. 2, 2018.

“The Longer the War Lasts, the Greater is the Threat to Ukraine’s Democracy,” Interview with Neue Zürcher Zeitung (in German), May 11, 2022.

“Grand Bargain or Big War, Why Ukraine’s Neutrality is No Longer Possible,” UkrLifeTV, February 17, 2022 (in Russian),

PSC 3304 Comparative Politics
This course offers an overview of the theories and issues central to the study of comparative politics. Its topics include state-making, political regimes, parties and electoral systems, political order and violence, governance and political economy.

PSC 3325 Ethnopolitical Conflicts
This course examines theories of the onset and dynamics of civil wars and political violence. From secessionist conflicts in the Caucasus and the Balkans to sectarian clashes in the Middle East and South Asia, from Islamist insurgency in Pakistan and Afghanistan to anti-Jewish pogroms in Eastern Europe and ethnic cleansing in Africa - the course will explore an entire range of ethnopolitical conflicts across the continents and historical periods. It will also look at various strategies of responding to insurgent violence and examine most effective ways to re-establish a lasting political order.

PSC 4344 Government and Politics of Russia
This course examines the main aspects of Russia's post-communist transformation from Yeltsin to Putin with a particular emphasis on the role of leadership, formal and informal institutions and societal actors in deciding the direction of change.

PSC 4386 Russia and the World
This course surveys the evolution of Russia’s foreign policy objectives, its national security strategies and its relations with the US, Europe, Ukraine and other post-Soviet states. It looks at the new spheres of cooperation and rivalry between Russia and the West, including regional conflicts, energy politics, non-proliferation and counterterrorism.

PSC 4395 Terrorism
This course analyzes the ever-present phenomenon of terrorism across the world from the standpoint of a scholar and of a policy-maker. It surveys the current theories of origins and dynamics of terrorism, compares the effectiveness of various counterterrorism strategies and traces the evolution of U.S. counterterrorism policy over the last decade.

PSC 4397 Dictatorship, Democracy and Regime Change
This course will examine the origins of political regimes, compare the functioning of authoritarian and democratic institutions and study the institutional variation within them.

PSC 4v94 Revolutions and Social Movements in Non-Democratic Regimes
This course looks at the origins, dynamics and impacts of revolutionary movements in non-democratic regimes after World War II with a special focus on democratic revolutions of the last twenty years.

Democracy and Autocracy in Ukraine in Post-Soviet Context, University of Basel, Spring 2022.

The course offers an overview of major academic debates on the drivers of state-building, regime change and armed conflict in post-communist space with a focus on Ukraine. It starts with the examination of historical legacies and their significance for Ukraine’s contemporary nation-building policies. It then reviews patterns in Ukraine’s political and economic transformation and seeks to account for its divergence in outcomes from other countries in the region. The course pays particular attention to instances of mass mobilization and outbreaks of violent conflict and draws parallels with similar developments in other contested post-Soviet states. It also offers a close look at its societal changes since independence, including a shift in identity preferences, a rise in civic activism, regional disparities and intensified social and economic dislocation. The course concludes by comparing the effects of major external actors, like Russia and the West, on Ukraine’s security and regime dynamics.