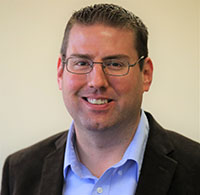 PSC 1305 American National Government:
A course in American national government with emphasis on the historical background, structure, organization, and functioning of that government.

PSC 3301 Scope and Methods of Political Science:
A course designed to equip beginning political scientists with the basic tools of political analysis used by professional political scientists. The scope of the discipline is explored through the use of primary writings, and the student is introduced to general concepts, theories, approaches, and models as well as basic methodologies and techniques of political research.

PSC 3322 American Public Policy:
An introductory study of how the dynamics of governmental decision making influence the content of public policy; course focuses upon how legislators, interest groups, chief executives, and the bureaucracy function to define alternatives and to shape policy agenda and content.

PSC 3310 Legislative Process and Behavior:
An examination of state and national legislative institutions and processes. Areas covered include the nature of legislative responsibility, organizational structure, the role of parties and lobbying groups, legislative decision making, legislative relations with executive and judicial branches, policy output, and the theory and methods employed by scholars currently working in this field.