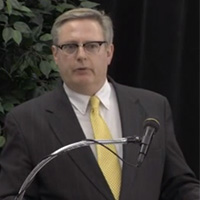 His most recent books include:

The Future of Liberal Education (Routledge: 2014)

Most of his articles and book chapters can be found at this link.

Professor Burns is also co-editor of Palgrave MacMillan's Recovering Political Philosophy series. He chairs the Northeast section of the Society for Greek Political Thought, and he serves as a reviewer for a number of journals and publishers.

Before coming to Baylor in the fall of 2013 Professor Burns taught at Skidmore College, Texas State (formerly Southwest Texas State), Hiram College, and as a visiting professor at Boston College.

The Future of Liberal Education. Co-editor (with Peter A. Lawler). Routledge, October 2014.

After History? Francis Fukuyama and His Critics. Editor. Rowman and Littlefield, 1994.