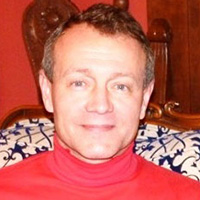 Dwight D. Allman concentrates on political theory and the history of political philosophy, with research interests in ancient-medieval, modern, and contemporary political thought and thinkers. He has a particular interest and investment in German thinkers, including Kant, Hegel, and Nietzsche. His recent work includes a study of the influence of David Hume on James Madison’s theory of the separation of powers; an exploration of history as a philosophical problem within the late works of John Rawls; and Plato’s portrait of an heroic Socrates in the dialogues (Apology, Crito, Phaedo) that depict his final days. Binding these disparate investigations thematically together is a common set of interests in public culture; moral/civic formation; the cultivation of citizens and statesmen; and the broad moral-philosophical question of the noble. His current book project on The Noble Socrates: Plato’s Socratic Portrait of Kalokagathia argues for a civic reading of the famous trilogy concerned with Socrates' trial and execution by focusing on Plato's reconstruction in these dialogues of the originally aesthetic ideal of the "noble and good" man [kalos k'agathos].

In 2006, Professor Allman presented the keynote address at the annual Colloquium in Medieval and Renaissance Studies at Trinity University, San Antonio. In 2007, he was a participant in the Oxford Round Table on "The Future of Education: Religious versus Secular" held at Pembroke College, Oxford. His teaching awards include the Mortar Board Circle of Achievement for Excellence in Teaching, which he has been awarded four times. He is a co-founder of and active participant in the Lone Star Chapter of the Conference for the Study of Political Theory and a member of the Association of Political Theory.

PSC 3353 American Political Thought
An examination of American political and constitutional theory, from its philosophical genesis in the works of major early modern thinkers to the contributions of twentieth-century political and legal theorists. The original writings will be stressed.

PSC 3363 Western Political Thought - Classical and Medieval
The tradition of western political thought from its origins in Greek antiquity through the Christian middle ages, stressing the original writings of great political philosophers.

Study of selected major texts in medieval political thought, with an emphasis on either major thinkers(s), or theme(s). Themes may include nature and grace, politics and salvation, theology and practical wisdom. This course may be repeated, for a maximum of nine credit hours, when content differs.

Concentrated study of major thinkers or texts in the history of political philosophy, particularly focusing on the works of Nietzsche.

Honor as Auxiliary Precaution: Madison, Hume and the Separation of Powers in an Age of Hyperpartisanship, The European Legacy (August, 2019), DOI:10.1080/10848770.2019.1646543
Suddenly Everything Was Different: German Lives in Upheaval by Olaf Georg Klein. Trans. by Ann McGlashan and ed., with an introduction and annotations by Dwight D. Allman (Camden House Publishers, 2007)

"Sin and the Construction of Carolingian Kingship," in The Seven Deadly Sins: From Communities to Individuals ed. by Richard Newhauser. (Leiden: Brill Publishers, 2007)

"History as Psychology/Morality as Pathology: Nietzsche and the Ethical Tradition," in Instilling Ethics, ed. by Norma Thompson. (Lanham: Roman and Littlefield, 2000)