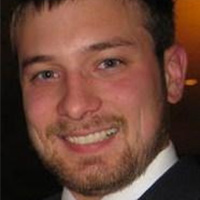 Mark Scully received his Ph.D. in Political Science from Baylor in May 2014. His dissertation was on presidential rhetoric as a means of organizing partisan support throughout the 20th century; it is entitled “The Path to Party Unity: Popular Presidential Leadership and Principled Consensus.” In it, Scully explained how presidential rhetoric has been instrumental for those unique moments when parties achieve partisan unity and long lasting electoral success. Scully focuses on the common rhetorical approaches of Franklin Roosevelt and Ronald Reagan as examples of success. Additionally, he describes variations in presidential rhetoric that work against party cohesion.

At Baylor, Scully taught three sections of American Constitutional Development and one section of the American Presidency. He received the Richard D. Huff distinguished doctoral student in political science award. He also worked for the Baylor Graduate School as a community coordinator for Baylor’s Graduate Student Housing Community.