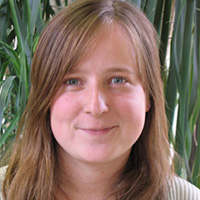 Mary Mathie received her Ph.D. in Political Science from Baylor in May 2014. Her dissertation, which received the 2014 Baylor Award for Outstanding Dissertation in the Humanities, was titled “Thomas Aquinas on Justice, Judgment, and the Unity of Peace.” This dissertation described a political teaching in Aquinas’s work that goes beyond his understanding of the human and natural law, arguing that Aquinas is concerned to show that law is only properly understood as part of a regime. My dissertation explored Aquinas’s teaching on law, just war, punishment, and their place in Aquinas’s political thought, ultimately pointing to his argument for a republican regime.

In her time at Baylor University, Mary taught Introduction to Western Political Thought, Public Policy and the Courts, and many sections of American Constitutional Development; and assisted in teaching Ancient and Medieval Political Philosophy and the American Presidency. In 2012 she taught for a semester at the College of the Holy Cross, covering Introduction to Political Philosophy and American Political Thought from the Civil War through the Present. She also earned the Stormie Schott Award and was selected for a special seminar in Religion and Culture with the Distinguished Scholars of the University.

Mary Mathie served as a term Assistant Professor at the University of Alaska Anchorage, teaching courses including Constitutional Law, Introduction to American Government, and Comparative Northern Politics. She is currently a senior lecturer in the Department of Political Science and Geography at the University of Texas, San Antonio, teaching courses on ancient, modern, and contemporary political philosophy.