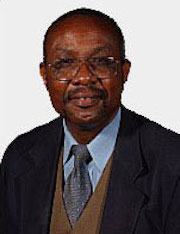 Dr. Ward joined the Baylor faculty as Distinguished Professor of Physics and the Chair of the Physics Department in August, 2003 and he remains at Baylor as Distinguished Professor of Physics. Prior to coming to Baylor he taught at University of Tennessee, Knoxville (1986-2003), Purdue University (1975-1978) and Princeton University (1973); he was a theoretical post-doctoral research associate at SLAC (1973-1975) and a visiting scientist at SLAC from 1978 - 2002. He has been a regular Short-Term Visitor to the TH Division, CERN, Geneva, Switzerland, during 1986 - 2014. He obtained his B.Sc. degrees in mathematics and physics from MIT prior to receiving his M.A. and Ph.D. degrees in physics from Princeton University. He was a Visiting Professor at the Werner-Heisenberg-Institut, Max-Planck-Institut fuer Physik, Munich, Germany during 2001 - 2002. During 2010 - 2011 he was a Long-Term Visitor to the CERN TH Unit on sabbatical leave from Baylor. He is a Fellow in the American Physical Society and is currently Associate Editor of Open Physics Journal. He has international collaborations with colleagues in Germany, Poland, Russia and India. His hobbies include listening to music, watching/playing sports, and travelling.