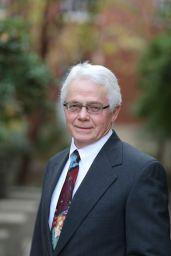 With sadness, we write to report that our friend and colleague, Dr. Stuart Rosenbaum, died suddenly on Tuesday, December 15, 2020. Stuart rendered almost 40 years of service to Baylor University and the Department of Philosophy. During those years Stuart brought recognition to the department through his scholarly work on American pragmatism and his service to the university, which twice earned him Baylor's Outstanding Faculty Member Award. He also served the faculty with multiple terms on the Faculty Senate. For many years the department was the recipient of funds that underwrote the Herbert H. Reynolds Lectures in the History and Philosophy of Science. Stuart was the guiding light behind the administration of that program, responsible for inviting and hosting leading figures in those fields who would spend several days at Baylor lecturing and meeting with students in a variety of small discussion venues.

The department is undoubtedly most in Stuart’s debt, however, for serving as the department’s first Graduate Program Director. He was tasked with transitioning the department from an undergraduate program with a one-year M.A. to a flourishing Ph.D.-granting department. Indeed, Stuart was the one who initially designed our PhD program. His leadership on this project is undoubtedly one of the most significant events in the department’s history. Current faculty and graduate students, as well as the numerous former graduate students, most of whom are faculty members of other colleges and universities, are all beneficiaries of his good work.

Like numerous graduate students, our current chair of the Department of Philosophy, Dr. Todd Buras, is but one of the many beneficiaries of Stuart’s gentle yet demanding way as a teacher, especially of philosophical writing. In fact, Todd says that it was Stuart Rosenbaum who first taught him how to write like a philosopher. And Michael Beaty notes that Stuart encouraged him to apply for a position in the department in 1987, as they had become acquaintances in the newly founded Baptist Association of Philosophy Teachers. Beaty comments, “I was blessed by Stuart’s encouragement then, and, afterwards, by his ever present kindness, over our many years of friendship at Baylor.” He will be greatly missed.