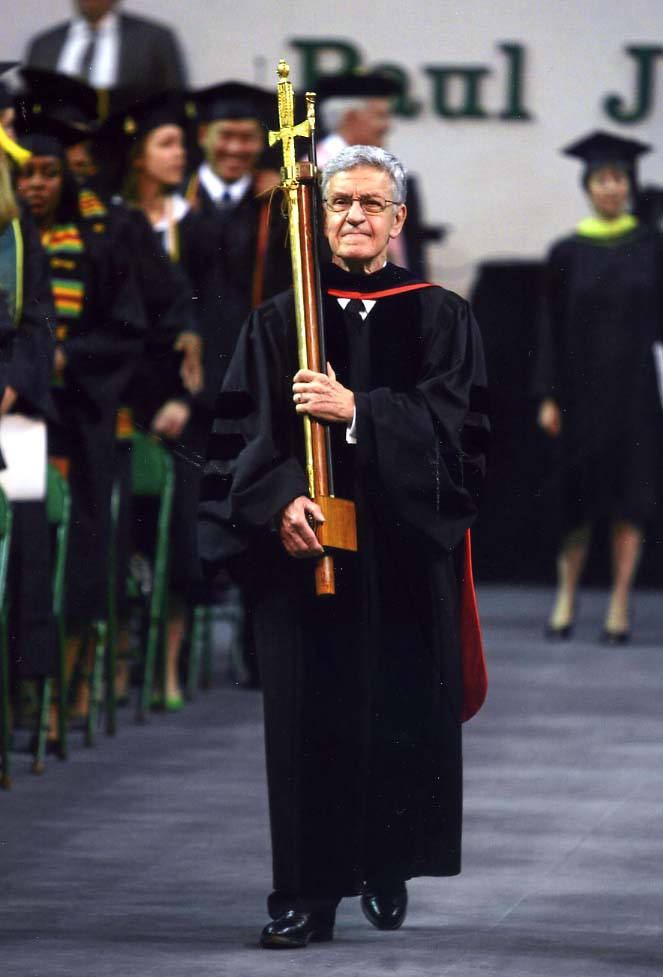 Elmer was born May 26, 1933, in Fullerton, Kentucky, to Homer and Elizabeth Duncan. In the Army, he was in Ft. Knox, Kentucky, Germany, Neu-Ulm and Goppingen. At Christmas, 1954, he returned to Portsmouth to become engaged to the love of his life, Rosemary Hack. From then until his death, he thought of her as the world’s most beautiful and intelligent woman.

He returned to Germany, made sergeant, and was later released from service in early 1956, and married Rosemary on June 9, 1956. He enrolled soon at the University of Cincinnati. Affectionately called “Bud" by his colleagues, Elmer Duncan received the BA, MA, and PhD degrees from the University of Cincinnati, writing his dissertation on Soren Kierkegaard under professors Van Meter Ames and Joseph Margolis. Upon completing the dissertation in 1962, he joined the Baylor Philosophy Departments as an assistant professor, primarily to teach ethics and aesthetics. He has remained at Baylor, progressing through the ranks to professor and serving the department, the university, and the professional community in a variety of ways.

For years he had been the department’s director of bibliography, serving as the liaison with the university’s library. He also became the unofficial departmental “internet guru," providing ongoing assistance to colleagues in web-based research. His syllabi, all available on the web, are aesthetic masterpieces, filled with remarkably rich bibliographical resources. His moral philosophy syllabus is particularly noteworthy and his aesthetics syllabus and bibliography were featured by Aesthetics Online.

For twelve years he and his wife, Rosemary, were the sponsors for the social and service club of the School of Nursing (initially Sigma Tau Lambda, then Alpha Tau Delta). From 1984 to 1998, Duncan served as Chief Marshal at all Baylor graduations. He has served on a myriad of university committees, including chairing the Honors Program Committee and the University Libraries Committee.

Duncan held various positions in the Southwestern Philosophical Society, including President of the society in 19974, giving his Presidential Address in New Orleans that year. For many years he was Assistant Editor for Bibliography for the Journal of Aesthetics and Art Criticism. A Contributing Editor for Leonardo, he published a column in that journal twice a year from 1974 to 1983, and he continued to be listed as an “Honorary Editor." From 1981 to 1993 he supplied materials from periodicals in philosophy to The Eighteenth Century: a Current Bibliography.

Professor Duncan officially retired on June 1, 2005, but he continued to teach his course in the Philosophy of Art, thus continuing to serve students and colleagues. Duncan had a heart attack in early 2004, and still continued to teach until the age of 75, but his general health continued to fail. God sent an angel named Crystal, to help both of them with driving, housework, shopping and generally taking care of the Duncan’s for several years. The mentioning about his poor health, must not let us forget that Duncan’s life was near-perfect; he loved his wife, job, church and his home.