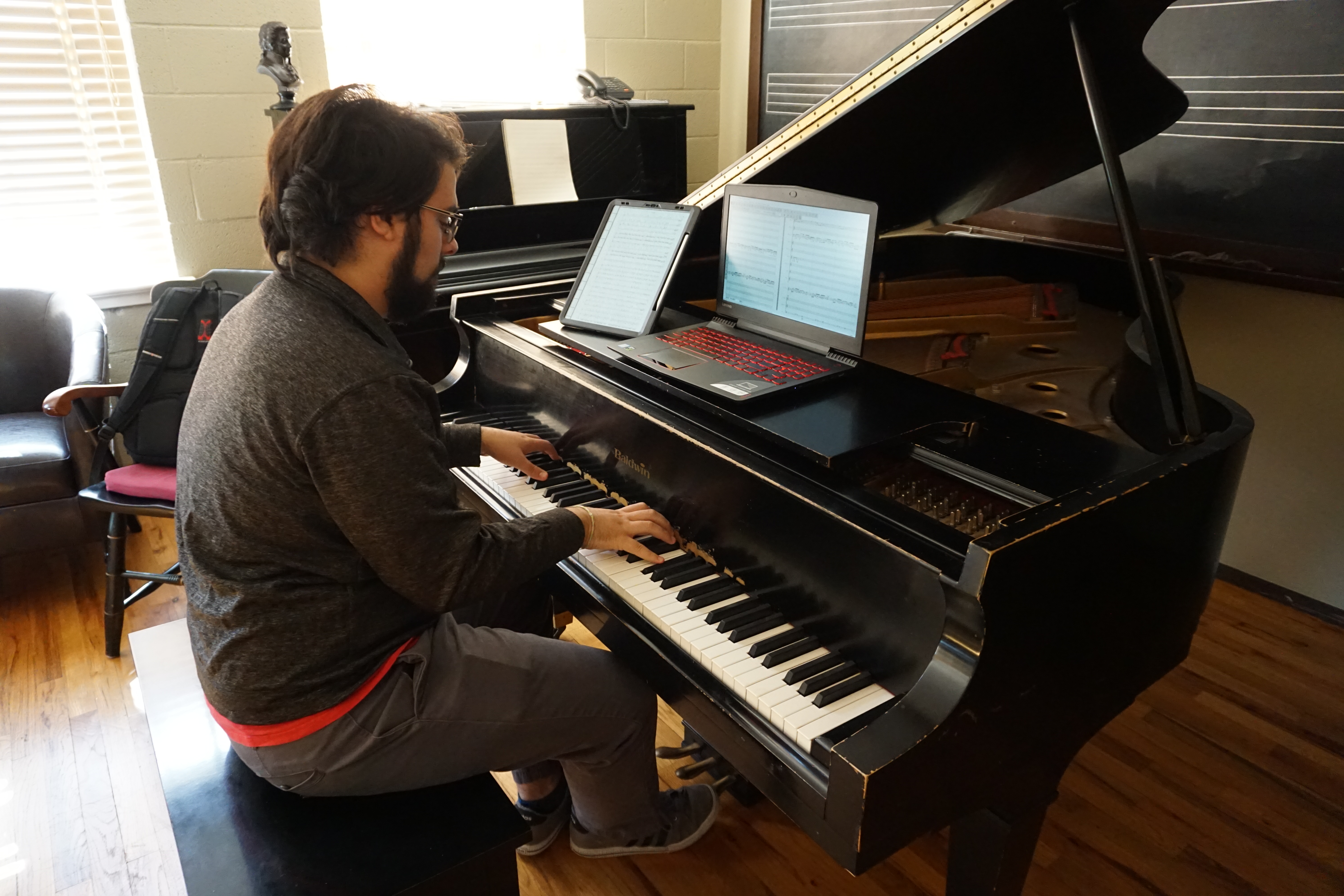 Mitch Gilly, a master's composition student, started his new position as Baylor University's arranger and conductor of All-University Sing in December 2021 after his professor, Dr. Scott McAllister, professor of composition, offered Gilly's name to be considered.

Before submitting a résumé, Gilly asked to watch the Pigskin Revue from the pit so he could narrow down his music selection to best target the type of music the hiring committee was looking for. Once the show was over, he knew exactly what to submit--so his portfolio consisted of several video game arrangements.

I'll always be proud of the fact that I got this job because I sent in an arrangement of video game music," said Gilly. "If you know what 'Megalovania' is, I definitely submitted that. It's a meme video game song. It came from the game Undertale and then that turned into a meme that everyone started over quoting and arranging, so I made my own version of it."

According to Gilly, the Department of Student Activities hired two arrangers last year because they were brought on so late in the process. Gilly arranged nine acts and the other arranger, who was based out of Dallas, arranged eight. This year, only Gilly is responsible for all the seven-minute Broadway-style productions.

"Mitch is a multi-talented composer and musician who has always had an interest and talent in concert music, jazz, video game music, and music theatre," said McAllister. "Even as a freshman, he was composing and creating in all these areas. Because of Mitch's talents and experiences in composing, arranging, and organizing personnel, he has the unique skill sets to cover many areas that help make All-University Sing and Pigskin Revue big successes."

All-University Sing is traditionally held the last two weekends in February, with the top eight acts advancing to Pigskin Revue, which is performed during Homecoming week. Sing 2023 is scheduled for February 16-18 and 23-25.