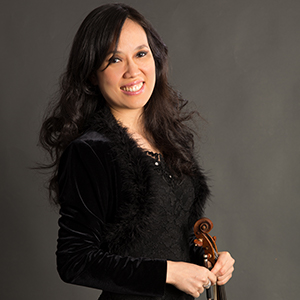 Patricia Shih is recognized as one of Canada’s preeminent musicians as soloist, educator, and chamber musician. At 14, her mentor Josef Gingold described her as "one of the greatest talents that I have ever taught. Her great technique, inborn musicality, sense of style and virtuosity are unequalled." Since her Carnegie Hall debut, Patricia has appeared worldwide as guest soloist with all the major orchestras in Canada and with leading orchestras worldwide such as the Royal Philharmonic, Halle Orchestra, Toronto and Seattle Symphonies, Munich Chamber Orchestra, Mexico National Orchestra and the Polish National Radio. Shih has performed in some of the world’s great venues such as the Roy Thompson Hall in Toronto, Wigmore Hall in London, Benaroya Hall in Seattle and the Liszt Akademy Hall in Budapest. As first violinist of the Borealis String Quartet, she has mentored at many universities internationally and has toured extensively worldwide. Patricia was recently honored as "Distinguished Fellow of BC" for her presentations and lectures given as a Visiting Scholar at Green College@ University of British Columbia. Patricia has been featured on many radio and television shows including CBS’s Charles Kuralt Show and on the Classic FM aired across Europe. A half hour TV documentary on Patricia's career was televised on the Biography Channel and she is currently sponsored by Pirastro Strings.