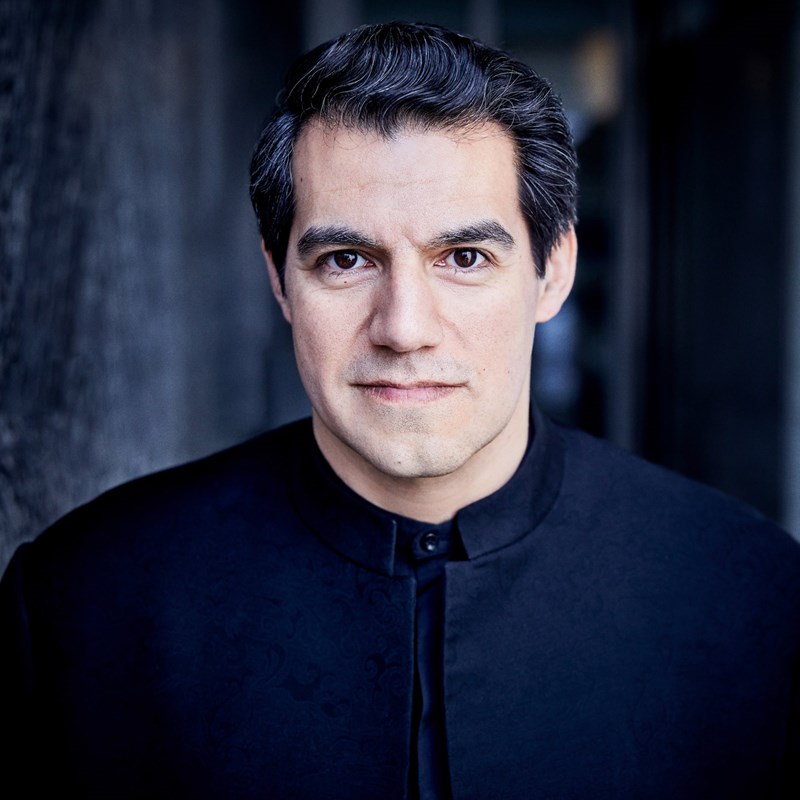 Celebrating more than 30 years of professional conducting, Miguel Harth-Bedoya has recently concluded tenures as Chief Conductor of the Norwegian Radio Orchestra (7 seasons) and as Music Director of the Fort Worth Symphony Orchestra (20 seasons), where he now holds the title of Music Director Laureate. With a deep commitment to passing his experience on to the next generation of musicians, he is currently the Mary Franks Thompson Director of Orchestral Studies at Baylor University, where in addition to conduct the orchestras, he teaches orchestral conducting at the undergraduate and graduate level. He has also established The Conducting Institute to teach the fundamentals of conducting to students ages high school and up, of all levels, through an intensive summer program, workshops, courses, and seminars. Previously he was the Director of Orchestral Studies at the University of Nebraska, Omaha.

Equally at home in opera, Harth-Bedoya has led traditional productions with The English National Opera, Canadian Opera, Minnesota Opera, and Bremen Opera, among others.  He has also conducted the world premiere performances of Jennifer Higdon’s Cold Mountain, and Osvaldo Golijov’s Ainadamar at the Santa Fe Opera, and additional productions with the Cincinnati Opera and at the New Zealand Festival.

Harth-Bedoya has an impressive discography of more than 25 recordings, including critically-acclaimed albums on Harmonia Mundi, Deutsche Grammophon, Decca, LAWO, Naxos, and MSR Classics.

He is the Artistic and Managing Director of Caminos del Inka, a non-profit organization dedicated to preserving the rich musical legacy of the Americas.