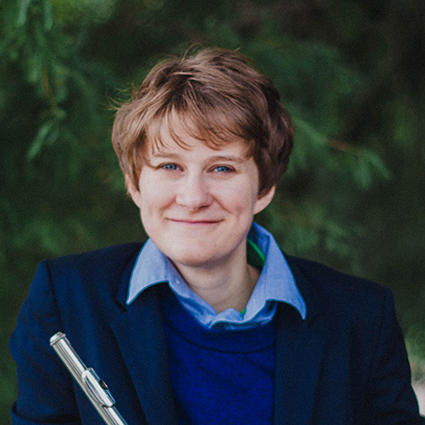 Dr. Charlotte Daniel serves as Assistant Professor of Flute at the Baylor University School of Music in Waco, Texas, where she also performs as a member of the Baylor Winds and as Principal Flutist of the Waco Symphony Orchestra. In collaboration with the Baylor Winds, she performed as chamber soloist with the Waco Symphony Orchestra, and as guest faculty and concerto soloist at the 2019 Festival Internacional de Música Alfredo de Saint Malo in Panama. With the Austin-based wind quintet, QuinTexas, she claimed the Silver Medal in the 2016 Fischoff National Chamber Music Competition and the Coleman-Saunderson Prize in Winds, Brass and Percussion at the 2015 Coleman Chamber Ensemble Competition.

Dr. Daniel holds her DMA from The University of Texas at Austin, MM in Chamber Music and Performance from the University of Michigan, and BM from Oklahoma State University where she was the recipient of the Presser Scholar Award. Her primary teachers include Marianne Gedigian, Amy Porter, and Conor Nelson.