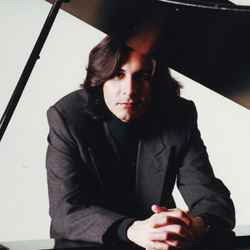 Alfredo Colman is Associate Professor in Musicology/Ethnomusicology at Baylor University. Before coming to Baylor, he served as music lecturer at Southwestern University, the University of Texas at Austin, and at the Universidad Evangélica del Paraguay. He received his education at Belmont University (BM), Baylor University (MM), and the University of Texas (Ph.D.). In 2012 he was recipient of the Belmont Encore Award, and in 2014 he was named Baylor Centennial Professor. Colman has authored The Paraguayan Harp: from Colonial Transplant to National Emblem (2015), co-authored Thomas Robinson's New Citharen Lessons, 1609 (1997), and published articles in The Grove Dictionary of Musical Instruments, Die Musik in Geschichte und Gegenwart (MGG), the Bloomsbury Encyclopedia of Popular Music of the World, Latin American Music Review, the Folk Harp Journal, and College Music Symposium. As a collaborative harpsichordist and pianist, Colman has performed in Asunción, Austin, Dallas, Nashville, San Juan, and Waco. His areas of specialty include Latin American music nationalism and cultural identities, the traditional and concert music of Paraguay, and the works of Paraguayan composer Florentín Giménez (b. 1925). Dr. Colman has presented papers and discussed his research findings at musicological and ethnomusicological conferences in England, Mexico, Paraguay, and the United States.