The Heritage Month Advisory Council, comprised of faculty members from academic departments across campus, has chosen to recognize Asian & Pacific American Heritage Month by honoring and celebrating historical figures for their positive impact on American History.

An American politician and attorney is the vice president-elect of the United States. A member of the Democratic Party, she is set to assume office on January 20, 2021, alongside President-elect Joe Biden. Harris has served as the junior United States senator from California since 2017. Being of both Indian Tamil and Afro-Jamaican ancestry, Harris is a multiracial American. Harris will be the first female Vice President in U.S. history, and will also be the first African American and first Asian American to hold the post. She will be the highest-ranking female elected official in United States history.

Born in Oakland, California, Harris graduated from Howard University and the University of California, Hastings College of the Law. She began her career in the Alameda County District Attorney's Office, before being recruited to the San Francisco District Attorney's Office and later the City Attorney of San Francisco's office. In 2003, she was elected district attorney of San Francisco. She was elected Attorney General of California in 2010 and re-elected in 2014. Harris defeated Loretta Sanchez in the 2016 Senate election to become the second African American woman and the first South Asian American to serve in the United States Senate. 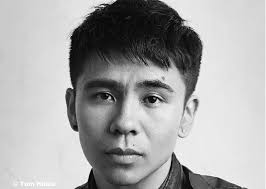 Born in Saigon, poet and editor Ocean Vuong was raised in Hartford, Connecticut, and earned a BA at Brooklyn College (CUNY). Vuong is the author of the poetry collections Night Sky With Exit Wounds (2016), winner of the 2017 T.S. Eliot Prize, and the chapbooks No (2013) and Burnings (2010), which was an Over the Rainbow selection by the American Library Association. His novel, On Earth We're Briefly Gorgeous (2019), was longlisted for the 2019 National Book Award for Fiction, the Carnegie Medal in Fiction, the 2019 Aspen Words Literacy Prize, and the PEN/Hemingway Debut novel award; the novel was also shortlisted for the 2019 Center for Fiction First Novel Prize and won the 2019 New England Book Award for Fiction. His work has been translated into Hindi, Korean, Russian, and Vietnamese. His honors include fellowships from the Elizabeth George Foundation, Poets House, Kundiman, and the Saltonstall Foundation for the Arts as well as an Academy of American Poets Prize, an American Poetry Review Stanley Kunitz Prize for Younger Poets, a Pushcart Prize, and a Beloit Poetry Journal Chad Walsh Poetry Prize.

In 2014, Vuong was awarded a Ruth Lilly and Dorothy Sargent Rosenberg Poetry fellowship from the Poetry Foundation. He received a Whiting Award in 2016 and a MacArthur fellowship in 2019. He is the former managing editor of Thrush Press and currently lives in the Pioneer Valley of Massachusetts, where he is on faculty in the MFA program at the University of Massachusetts, Amherst. 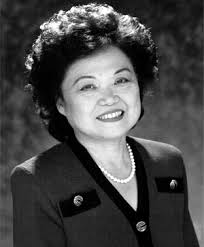 An American attorney and politician from the U.S. state of Hawaii. Mink was a third-generation Japanese American, having been born and raised on the island of Maui.

In 1964, Mink ran for federal office and won a seat in the U.S. House of Representatives. She was the first woman of color and the first Asian-American woman elected to Congress, and also the first woman elected to Congress from the state of Hawaii. She served a total of 12 terms (24 years), split between 1965-77 representing Hawaii's at-large and second congressional district from 1990-2002. Mink was the first East Asian-American woman to seek the presidential nomination of the Democratic Party. In 1990, she was again elected to the U.S. House, serving until her death in 2002.