At the 2010 American Model United Nations conference in Chicago, IL (November 20-23), Baylor MUN represented Estonia. The team received an award for Outstanding Delegation in Committee for GA3, which was represented by Sharita Khaira and Jeffrey Vitarius.

The traveling team for this conference: 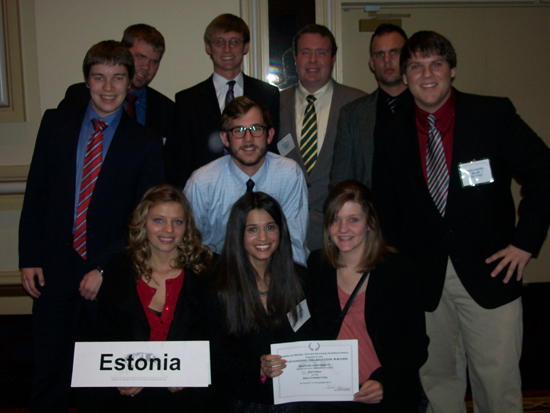 At the National Model United Nations Conference in New York, April 19-23, 2011, Baylor was recognized as an "Outstanding Delegation" - the highest award the conference gives to participating schools.

Thus, our students received recognition from both the staff and their fellow peers at the conference. 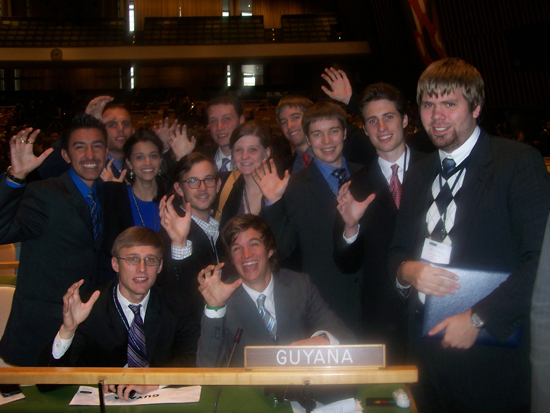