At the Southern Regional Model United Nations Conference in Atlanta, Baylor represented Gabon. Overall, Baylor MUN was named Honorable Mention, and in two of the committees our students received individual awards. In the Commission on the Status of Women, Jessie Campbell and Adi Raj were named Outstanding Delegation in Committee. In the Commission on Sustainable Development, Cagney McCauley was named Honorable Mention.

In addition to this recognition, three members of Baylor MUN were chosen to serve in leadership capacities at the conference. Katy Johnson and James Blair served as Committee Chairs, and Rob Ekewerekwu served as a Rapporteur. 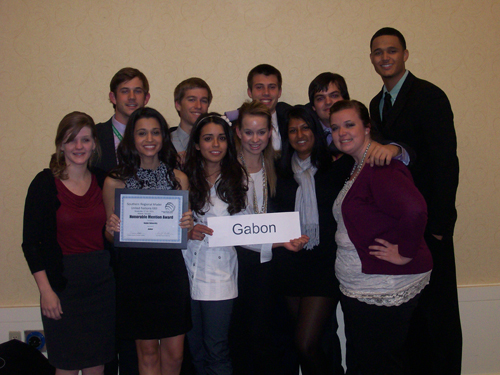 At the National Model United Nations Conference in New York, April 3-7, 2012, Baylor represented Mali, and, for the second year in a row, the team was recognized as an "Outstanding Delegation" - the highest award the conference gives to participating schools. In addition to group recognition, Cagney McCauley received an outstanding position paper award for the Conference on Sustainable Development. 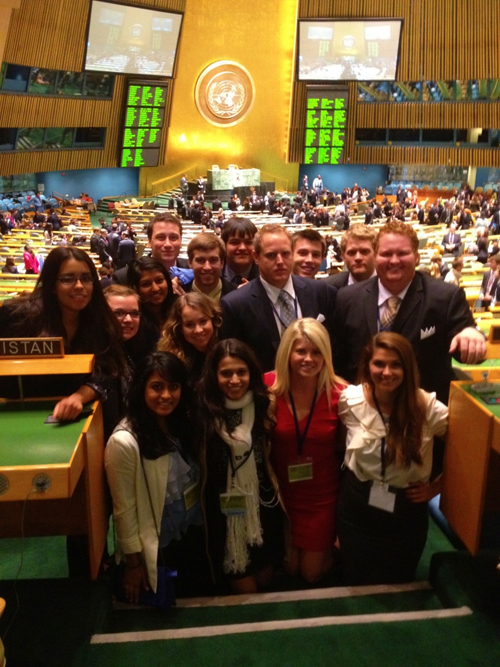 Photo taken inside the General Assembly Hall at the United Nations in New York.