As Baylor MUN Head Delegate, Tyler Kopas (Senior, Professional Selling) noted, "This was the first collegiate national MUN conference for 9 of the 14 students participating, making this a very 'young' team, but this means in the spring we will have up to 14 returning veteran conference participants who will have experience negotiating, speaking, and writing at a large MUN conference."

Tiffany Clark (Master's Student in International Relations), has participated in five collegiate MUN conferences as an undergraduate and a now a graduate student at Baylor, and she echoed Tyler's enthusiasm about this year's team. She noted, "Baylor is a smaller team compared to some of the other schools represented at AMUN, but we worked hard to be leaders in all committees. I cannot wait to see the work that is accomplished in New York at NMUN in the spring."

One of the first-time participants, Sikiru Alagbada (Senior, Economics) represented Baylor in the General Assembly Second Committee, said of the experience: "Preparing for the conference helped me hone my researching skills, while caucusing and giving speeches at the actual conference helped sharpen my negotiation and public speaking skills. It was a great experience and I thank Baylor for the opportunity."

In keeping with our team's tradition of seeking to represent a new nation each semester to maximize the learning experience, at the conference, our students participated in the simulation as Kyrgyzstan. In this role, the students discussed issues such as: counter-terrorism strategies, eliminating malaria, managing conventional weapons stockpiles, promoting science and technology for development, eliminating torture, promoting children's rights, and considering the effects of atomic radiation. For a full list of conference topics, visit this website: https://www.amun.org/.

While the learning experience is always the most important part of these conferences and bringing home awards is not what AMUN emphasizes or what our team emphasizes, we are proud to recognize two students’ individual accomplishments at conference. Tyler Kopas (Senior, Professional Selling and Baylor MUN Head Delegate) was recognized as Outstanding Delegate by his committee, which is the highest award that an individual student can be given at this conference. For the second year in a row the students participating in the simulation of the International Court of Justice elected Tiffany Clark (Master's Student in International Relations) to serve as their President, which required she guide the group through their deliberations as they crafted opinions in their three cases. When asked about the experience, she said this "was one of my best conference experiences during my time with Baylor Model UN. I was honored to be elected President of the International Court of Justice simulation and even more honored to work with committee members who were incredibly bright and had researched the cases very thoroughly. We considered three cases, ranging from resource management and territory claims to the legality of Kosovo's claim for independence from Serbia. Debate over these cases was extensive, and I really appreciated the fact that my fellow justices were not afraid to critique each other's arguments and even be willing to dissent from the majority opinion. It made the entire experience much more realistic."

In the Spring, Baylor MUN will travel to two conferences, the Second Annual Howard Paine University Security Council Simulation (nations TBA) and the National Model United Nations Conference, where we will represent Belize. 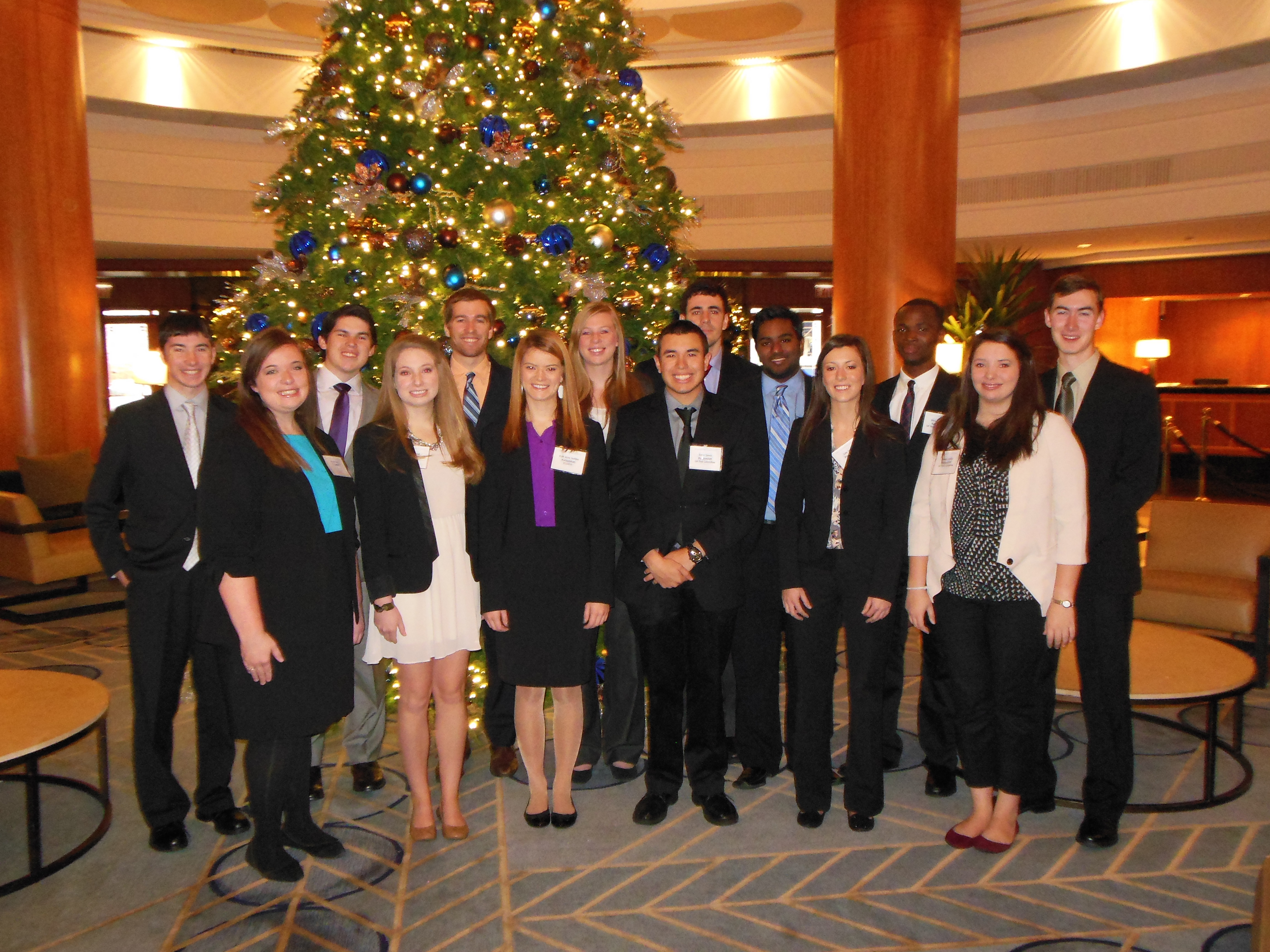 At the conference, there were two Security Council simulations. The first was a Contemporary Security Council discussing nuclear non-proliferation and sanctions in Iran, with Baylor students representing the nations of Australia, China and South Korea.

While the learning experience is always the most important part of these conferences, it is an honor for Baylor students to be recognized for their excellent performance. They claimed the top awards in every division.

Special recognition goes to Rebekah Stryker and Ryan Gerlach (both seniors in political science), who represented the Republic of Korea and won Best Delegation and Best Policy Memo in the Contemporary Security Council. 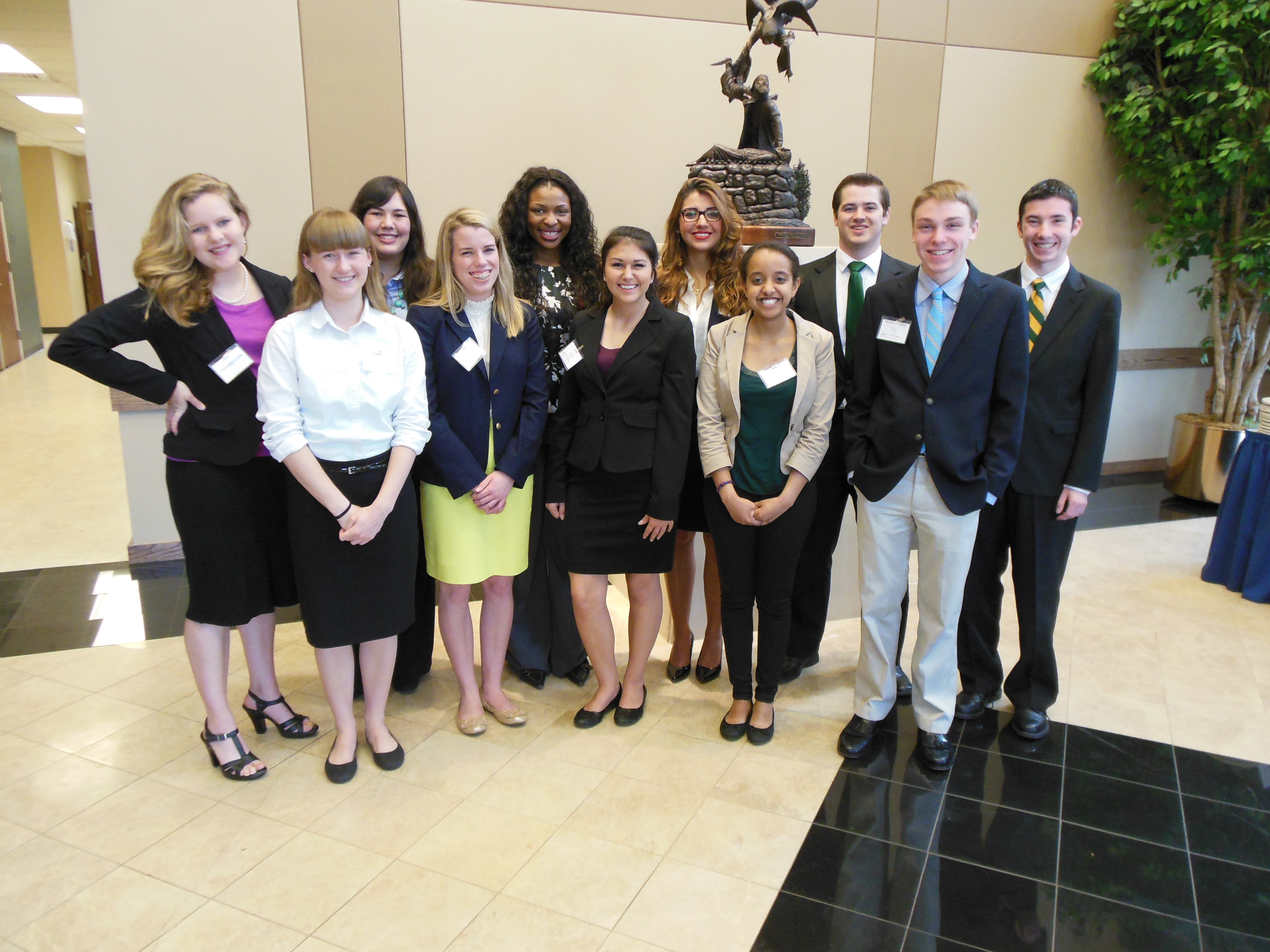 Thanks to the University for its support of this program, which advances common goals under the Pro Futuris vision by educating students for informed engagement through transformational learning experiences.

On April 12-18, Sixteen Baylor University students traveled to New York to participate in the National Model United Nations Conference. Baylor represented Belize at the conference, and students researched and discussed issues such as: chemical weapons, agriculture development and food security, green transportation, sustainable production of biofuels, and violence against women. The team roster and photo taken at the United Nations General Assembly Hall is below. While the learning experience is always the most important part of these conferences and awards are not the emphasis of the conference or our team, the entire team was recognized as a Distinguished Delegation. Only a small percentage of delegations receive any recognition as an Outstanding, Distinguished or Honorable Mention Delegation at this conference, so this is a noteworthy achievement. In addition to the team recognition, two of the position papers submitted to the conference were named Outstanding Position Paper for the General Assembly Second Committee and the General Assembly Third Committee. The full list of the award-winning authors can be found below; it includes some students who did not travel to New York but whose research contributions were important to the team award. 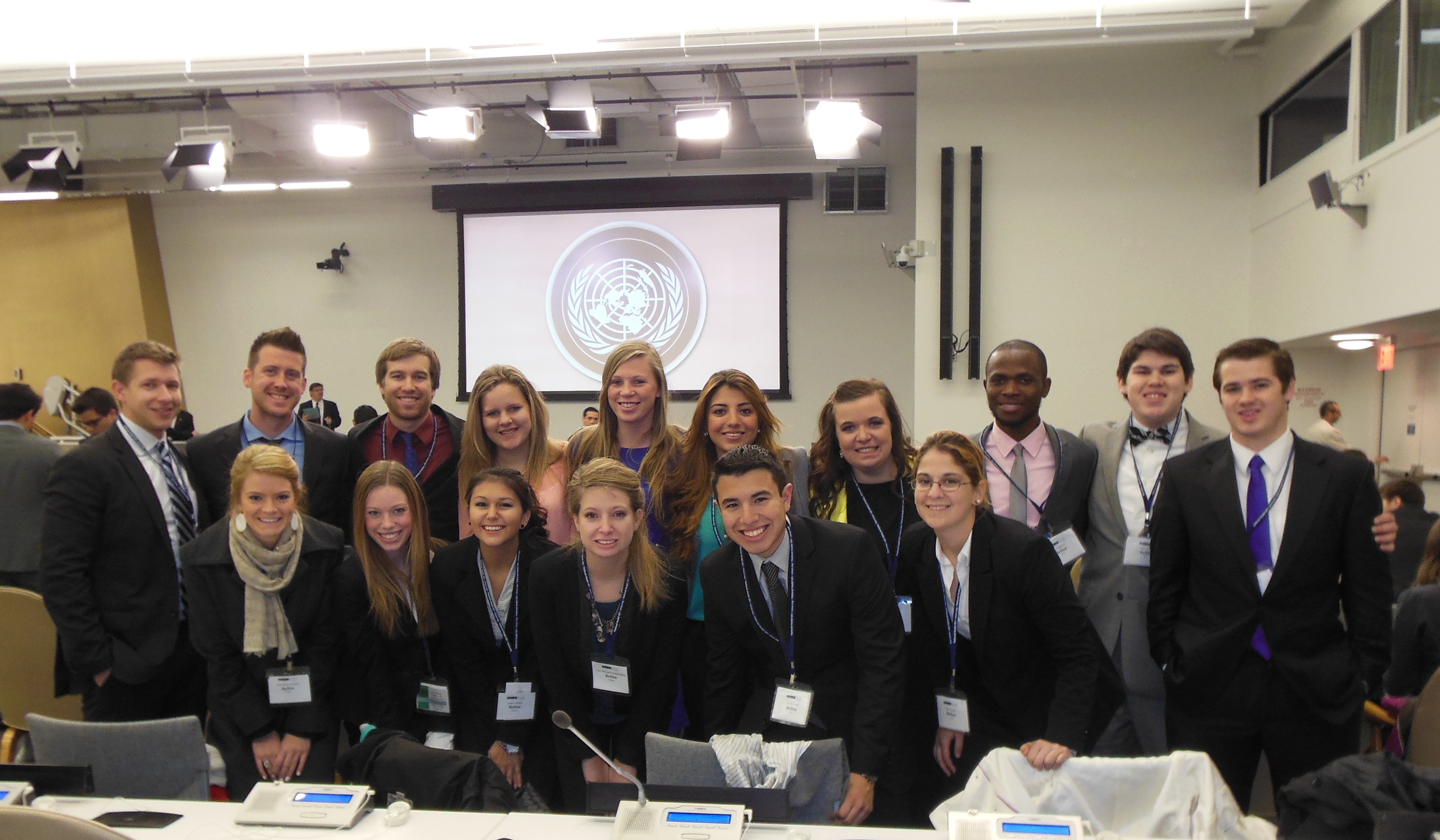