In keeping with our team’s tradition of seeking to represent a new nation each semester at our national conference to maximize the learning experience, our students represented Portugal. In this role, the students discussed issues such as:

While the educational experience is to be valued above all and awards are considered a bonus to this, we are proud that Baylor University's team was named "Overall Best Delegation," the highest award given at these conferences. This is the first time we have received this designation at AMUN.

In addition, two of our partner groups were named "Outstanding Delegation" for their respective committees:

Of the experience, team Head Delegate Laura Beth Hooper remarks, "Each individual member of the team put so much time and effort into preparing for this conference, and at AMUN, all of their hard work was clearly on display. I am so proud of our team, not just for winning Best Overall Delegation (although that is a fantastic accomplishment) but also for the energy and professionalism with which they conducted themselves during conference. My experience in the third committee of the General Assembly was very challenging but rewarding. Our greatest difficulty was in approaching the topic of violence against women in such a way that would be culturally sensitive to all of the countries represented at the conference. Ultimately, though, Marc and I were able to find common ground with even the more challenging delegations and create resolutions that were specific enough to be meaningful, but broad enough to avoid causing offense."

In the Spring, Baylor MUN will travel to two conferences, the Inaugural TexMUN conference hosted by Hardin Simmons University in January, where 18 Baylor students will represent Belize, Burundi, France, and Portugal, and the National Model United Nations Conference in early April, where 16 Baylor students will represent Burundi. In October the team hosted more than 300 high school students from Texas and Louisiana for Baylor’s annual high school Model UN conference, so it has been a busy semester. 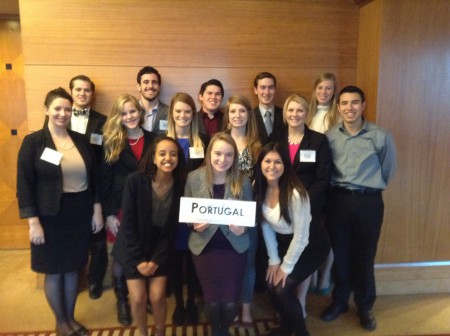 Baylor students performed admirably at the conference, learning both about the United Nations and how to be effective diplomats. Awards are not the point of these invaluable educational experiences and should never be the metric by wish we judge how much our students are learning. However, when our students are recognized for their participation with an award, we are doubly proud of their efforts. We have much to be proud of from the 2015 TexMUN team: 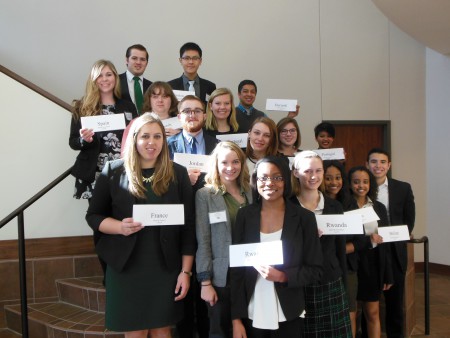 16 Baylor University students traveled to New York to participate in the National Model United Nations Conference, which brings together more than 5,000 university students from around the world to participate in two week-long simulations of the United Nations. The NMUN conference is unique among Model UN conferences in that more than half of the attendees are from universities outside the United States.

Our students represented Burundi, and they researched and discussed issues such as:

At the conference, our students excelled and represented Baylor well. They are pictured in the group photo below.

While the educational experience involved in the Model United Nations program is always the most important part of these conferences, and awards are not the emphasis of the conference or our team, the entire team was recognized as an “Honorable Mention Delegation.” Only a select percentage of delegations receive any recognition as an Outstanding, Distinguished or Honorable Mention Delegation at this conference, so this is a noteworthy achievement.

In addition to the team recognition, one of the position papers submitted to the conference was named “Outstanding Position Paper” – the paper for the General Assembly Second Committee written by Carissa Carlson, Laura Beth Hooper and Elisa Jelley (all senior International Studies majors). The position paper is a short policy memo researched and prepared in advance of the conference.

These conferences offer our students a unique opportunity to take the knowledge and skills they acquire in the classroom and apply them to simulated experiences, similar to those they will encounter in their postgraduate careers. 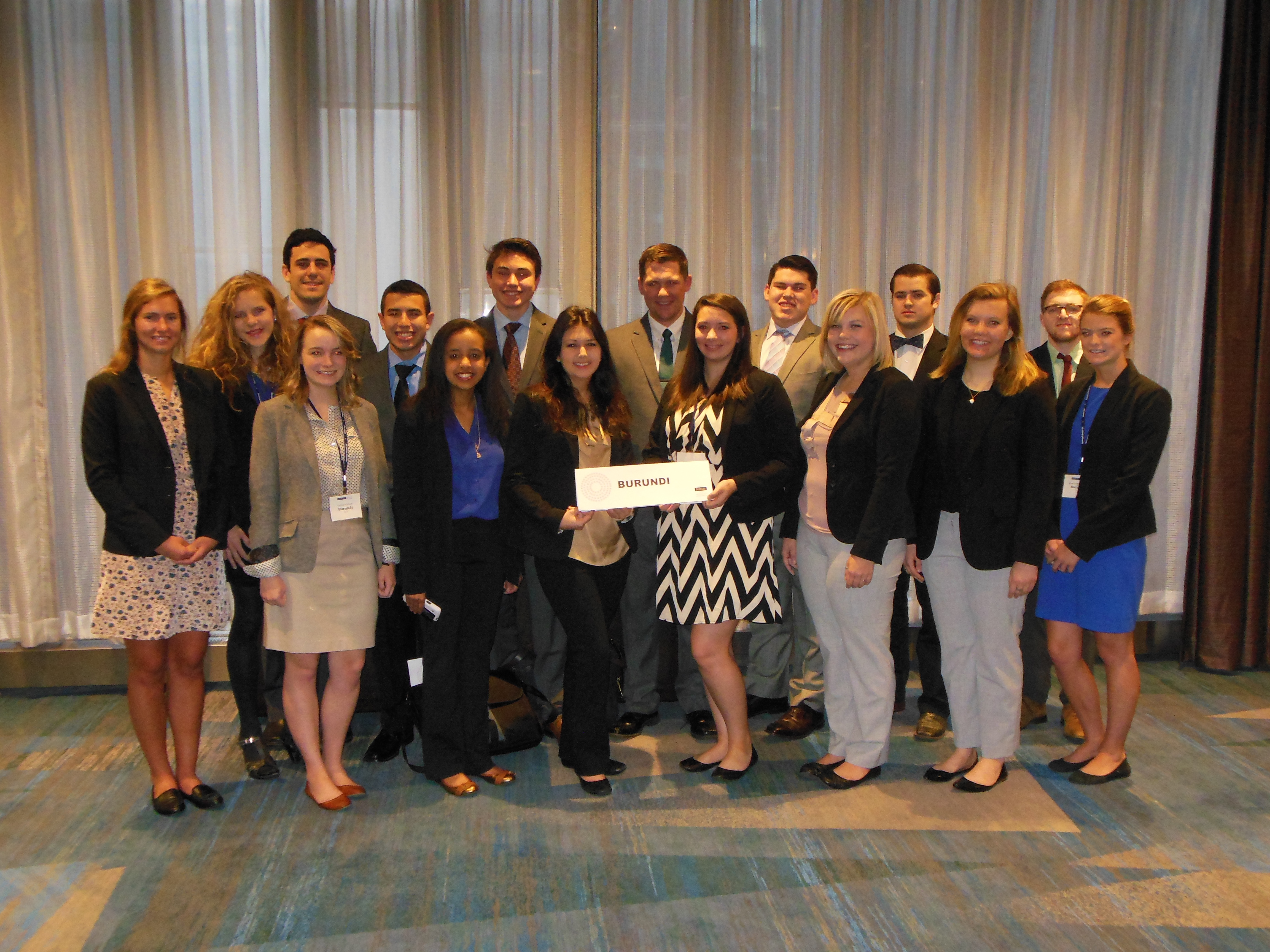