12 Baylor University undergraduates traveled to Chicago to attend the American Model United Nations Conference, an annual event that brings together approximately 1,500 university students from around the world to participate in a simulation of the United Nations.

The Baylor team represented Slovakia at the conference, serving as diplomats in simulated sessions of the United Nations General Assembly committees (GA), the United Nations Human Settlements Programme (UN-Habitat) and the International Court of Justice. The conference provided our students with an unparalleled learning experience, enabling them to take the knowledge and skills they acquire in the classroom and apply them to simulated experiences similar to those they will encounter in their post-graduate careers.

For a full list of conference topics as well as more information about the conference, visit the American Model United Nations International website.

While we should celebrate the educational experience above all, our students excelled and represented Baylor well. Four of the 12 team members received individual awards at the conference and were named Outstanding Delegates by their peers in their respective committees. Those students who won awards are: 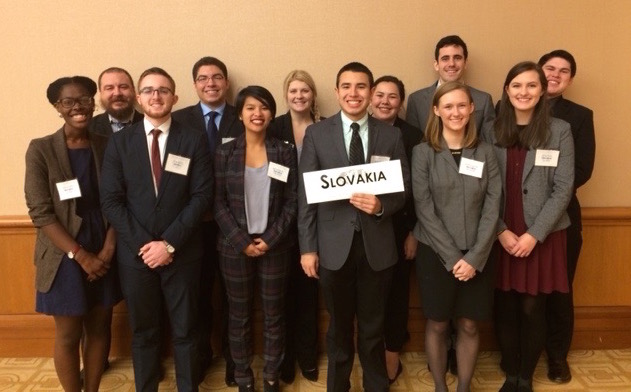 The topics the students researched and discussed at the conference included:

Our students performed admirably at the conference, learning both about the United Nations and how to be an effective diplomat. While I wish to emphasize that awards are not the point of these invaluable educational experiences and should never be the metric by wish we judge how much our students are learning, when our students are recognized for their participation, we should be doubly proud of their efforts.

Highlighted below are the Baylor students who received awards. Also recognized are the award winners for all of the schools who participated, in order to foster the spirit of cooperation and mutual support advanced by the National Collegiate Conference Association — the organization that sponsors both TexMUN and NMUN-NY, the international conference that 14 Baylor students will attend on March 19-25, 2016. 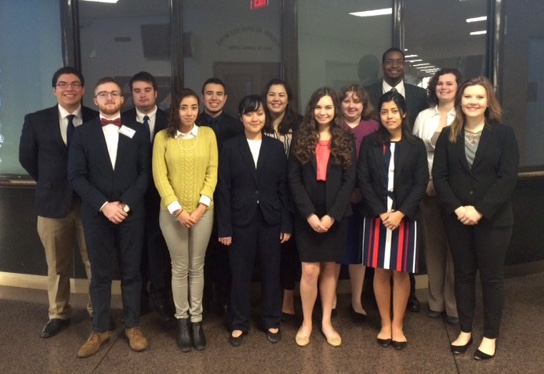 14 Baylor University students traveled to New York to participate in the National Model United Nations Conference, which brings together nearly 5,000 university students from around the world to participate in two week-long simulations of the United Nations. The NMUN conference is unique among Model UN conferences in that more than half of the attendees are from universities outside the United States.

The Baylor team represented Vietnam as they researched and discussed important issues facing the international community, including:

In addition to the overall team honor, several Baylor students received individual recognition at the conference. These are awards given by the students’ peers at conference.

While we should never measure the value of the educational experience by the awards students receive at these conferences, it is certainly a reason to celebrate when their efforts are recognized by both the conference staff and their peers from other universities.

We should be further proud of our fellow Big 12 school, TCU, which was also named Outstanding Delegation for their representation of the Russian Federation at this year’s conference. While our schools may have fierce athletic rivalries, in the context of Model United Nations conferences, students take on the role of diplomats, which requires that they excel through cooperation rather than competition. Thus, the NMUN conference, as well as the TexMUN conference held earlier this semester, provides a unique opportunity for Baylor and TCU students to establish professional relationships that enrich the athletic and academic partnerships between our schools.

These conferences offer our students a unique opportunity to take the knowledge and skills they acquire in the classroom and apply them to simulated experiences similar to those they will encounter in their postgraduate careers. Moreover, this program, along with our other fantastic experiential learning programs here at Baylor — including Mock Trial, Model Organization of American States and Moot Court — each contribute to achievement of our Pro Futuris aspiration of providing transformational educational experiences for our students. 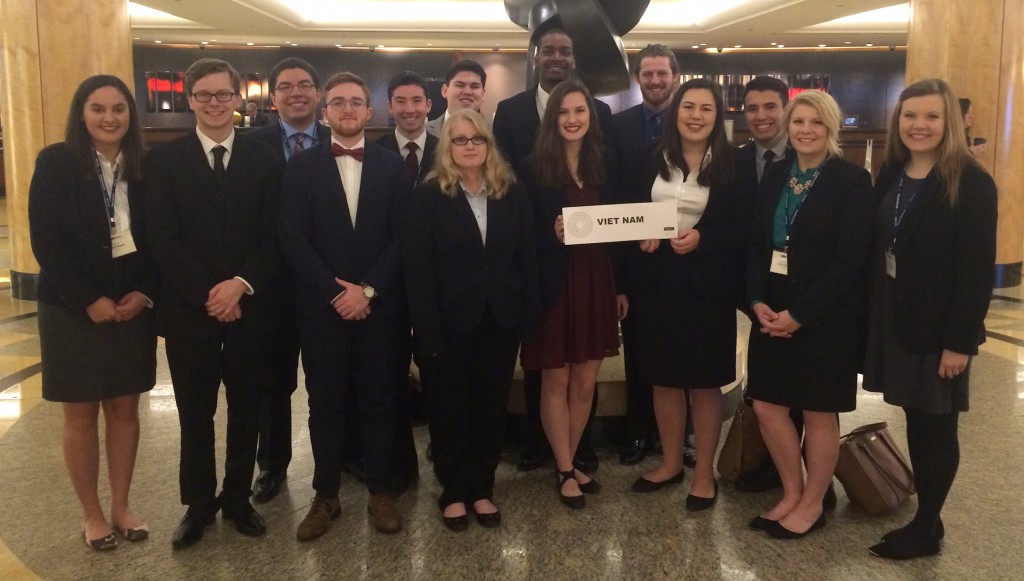 On April 2, 2016, an article titled "Baylor students learn diplomacy from Model UN, not today's politicians" was published in the Waco Tribune. You can access it here.