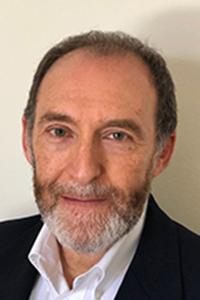 Dr. Jeff Levin, an epidemiologist by training, holds a distinguished chair at Baylor University, where he is University Professor of Epidemiology and Population Health, Professor of Medical Humanities, and Director of the Program on Religion and Population Health at the Institute for Studies of Religion. He also serves as Adjunct Professor of Psychiatry and Behavioral Sciences at Duke University School of Medicine, and as an Affiliated Member of the Center for Medical Ethics and Health Policy at Baylor College of Medicine.

Dr. Levin holds an A.B. in religion and in sociology from Duke University, an M.P.H. from the University of North Carolina School of Public Health, and a Ph.D. in Preventive Medicine and Community Health from the Graduate School of Biomedical Sciences at the University of Texas Medical Branch. He completed a postdoctoral research fellowship at the University of Michigan’s Institute of Gerontology. His research has been funded by the NIH, the AMA, and private foundations. He is a member of the Society for Epidemiologic Research, the International Epidemiological Association, and the Society for the Scientific Study of Religion, and is a fellow of the American College of Epidemiology, the Gerontological Society of America, and the International Society for Science and Religion.

Dr. Levin has authored over 230 scholarly publications, mostly on the instrumental functions of religion for physical and mental health, general well-being, and aging. He has written or edited 12 books, most recently Religion and Medicine: A History of the Encounter Between Humanity’s Two Greatest Institutions (Oxford, 2020) and the forthcoming Energy Healers: The Story of the World’s Most Unconventional Healing Practitioners (Oxford, 2023). His current work is focused on three subjects: (a) social and epidemiologic research on religion and population health, (b) theories of healing and the work of healers, and (c) the role of faith-based initiatives in public health and healthcare policy. He is a former president of Congregation Agudath Jacob, the Conservative synagogue in Waco, Texas.