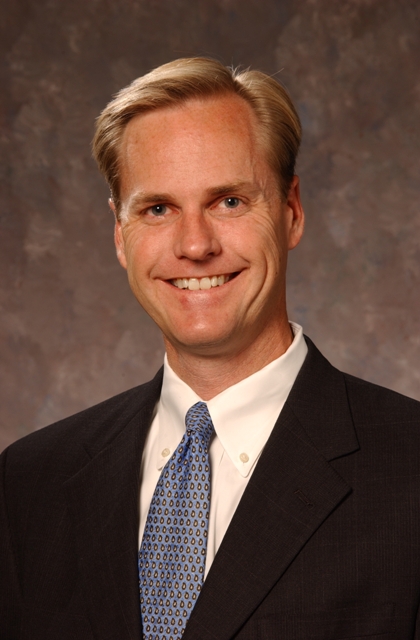 As vice president and member of the president's executive council, Dr. Haag will lead Baylor's development office, which is charged with working with Baylor's donor community to raise funds in support of university initiatives and programs. Most recently, the development office has partnered with President Starr on the $100 million President's Scholarship Initiative, to be completed in 2013.

"Dr. Haag is an accomplished and gifted Baylor alumnus. Throughout his distinguished career, Dr. Haag has exhibited visionary leadership, abiding faith, selfless service and a profound commitment to purpose, both in his personal and professional life," Starr said. "Those characteristics make him the right person to help Baylor achieve its ambitious fundraising goals by engaging the entire Baylor family, while confidently reaching out to those outside our family who share our vision and generously wish to support our distinct and important mission. I am deeply grateful to Baylor's Hankamer School of Business Dean Terry Maness and the members of the search committee for their steadfast commitment to this process and for bringing forward such a strong candidate. It is a great joy and privilege for me to welcome Dr. Haag back to his beloved alma mater as vice president for development," Starr said.

"Under the faithful leadership of Judge Starr, Baylor is in a phenomenal position for future growth," Haag said. "Guided by our president and a remarkably committed Board of Regents, and anchored by an outstanding faculty and staff and the most incredible students, Baylor is experiencing momentum on a national scale that distinguishes our university from all others. I am delighted to be called to serve at this momentous time in Baylor's history, and I could not be more pleased and excited to return to the university that I love so dearly," Haag said.

Haag received his bachelor's and master's degrees from Baylor and earned a doctorate in finance and real estate in 1995 from the University of Texas at Arlington. He served from 1995 to 1997 as an assistant professor at Fort Hays State University in Hays, Kan., where he was named the Mortar Board Top Professor in 1995 and 1996. From 1997 to 1998, he taught at Samford University in Birmingham, Ala., before joining Shades Mountain Baptist Church in Birmingham as administrative pastor from 1998-2000. He also has corporate work experience with AT&T and is a Certified Financial Planner.

From 2000-2007, Haag served as president and CEO of the South Texas Children's Home in Beeville. Under his leadership, the number of children and families served increased by 317 percent, total annual gifts increased by 160 percent, the endowment grew by 24 percent due to new gifts alone and the organization completed a successful campaign to raise operating, capital and endowment gifts.

Since 2007, Haag has served as the ninth president in the 107-year history of the Florida Baptist Children's Homes. During his tenure as president, he helped lead efforts that expanded the number of ministry sites from nine to 17 locations across Florida, launched a successful international childcare ministry to help children in countries around the world and established numerous partnerships with churches and nonprofit organizations. These efforts increased the number of children and families served by more than 200 percent, added 36 percent of new dollars to the organization's endowment and increased the number of potential supporters of record by 50 percent.

In 2009, Haag was appointed by then-Florida Gov. Charlie Crist to a three-year term on the Florida Faith-based and Community-based Advisory Council, which serves as a formal policy council to the governor and the Florida legislature and is administered by the Governor's Volunteer Florida Foundation. At the request of the governor's chief child advocate, Haag also serves on the founding board of directors and executive committee of the Trust for Florida's Children, a direct support organization of the Governor's Office of Adoption and Child Protection for the promotion of adoption and prevention of child abuse, abandonment and neglect.

In summer 2009, Haag was selected to participate in a special summer seminar in Religion and U.S. Foreign Policy, sponsored by the Institute on Culture, Religion and World Affairs at Boston University. The seminar focused on how beliefs, values and lifestyles affect economic and political developments worldwide, with special attention paid to the role of religion in world affairs. Participants for the seminar were selected from leaders in academia, government, religious institutions, media and nongovernmental organizations, both from the United States and foreign countries.

Dr. Haag has led and participated in humanitarian aid, emergency relief, child care and ministry to children and families in countries around the world. He has preached in churches across Florida and Texas. He and his wife, Christi Hanna Haag, BSED '88, also speak at marriage and family seminars.

Additionally, he has authored, presented and published academic articles relating to his business expertise and has been honored several times for his business, professional and civic achievements. He was named an Outstanding Young Alumnus by the Baylor Alumni Association in 2005 and has served on the association's alumni council since 2007.

Haag and his wife live in Lakeland, Fla., where Christi is a popular speaker in the "Women of Purpose Speak" series. They have two sons, Ben and Brady. They are members of First Baptist Church at the Mall in Lakeland.