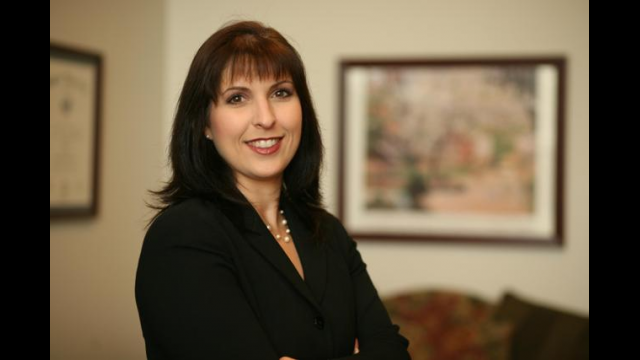 Bridget Fuselier, associate professor of law at Baylor Law School, has received the inaugural "Section Award" presented by the Real Property, Trust and Estate Law Section of the American Bar Association for her article "Pre-embryos in Probate: Property, Person or Something Else?" The article appeared in the September issue of Probate & Property. A more in-depth version of the article, which also ties into some other issues, is forthcoming in the Benjamin N. Cardozo University Journal of Law and Gender in April 2011.

"Professor Fuselier's article was in large part the impetus for the Section Award. The article is unique, well-written and well-researched and has appeal for both real property and trusts and estates lawyers across the nation," said Edward T. Brading, editor of Probate & Property.

"I was just in shock when I found out. You think no one will read your article, and then you find out that not only did they read it, but they liked it," Fuselier said.

In the article, Fuselier discusses the probate issues involved in cryogenically preserved embryos following the death of one or both of the donors.

"It's a complicated area and is getting more complicated. This topic not only is of interest to probate and property law, but also to family law, criminal law, tort law and others. The areas just converge. There aren't laws to deal with it and disputes are happening. After all, at last count there are 500,000 embryos that are cryogenically preserved," she said.

Fuselier became interested in the issue when she began teaching her first property class. She wanted to show her students that "property" could be more than just land. In response to her students' interested reaction, she began research on her first article, "The Trouble With Putting All of Your Eggs in One Basket: Addressing Potential Property Issues With Cryopreserved Embryos," which was published in the Texas Journal on Civil Liberties & Civil Rights. She also has spoken to Baylor University's pre-medical society and to its medical ethics society about the topic.

"This is a wonderful example of where science, law and medicine come together, but the law is not moving as swiftly as the science and medicine. There needs to be discussion among the disciplines," she said.

Fuselier plans to continue to study the subject and will look at embryo adoption in a future article. She also has a homestead article forthcoming in the St. Mary's Law Review and a forthcoming textbook on common interest community law that she co-wrote with Campbell Law Professor Pat Hetrick.

After receiving her J.D., Fuselier moved to Beaumont and joined the firm of Mehaffy Weber, PC, as an associate in 1998 and was elected as a shareholder in 2004. Her litigation experience includes the successful representation of defendants in medical malpractice, premises liability and employment discrimination cases. In 2006, she was selected as the Jefferson County Outstanding Young Lawyer. She also was selected as a Rising Star by Texas Monthly in 2005 and 2006 in the area of civil litigation.

She joined the Baylor Law faculty in 2006 and teaches Property I and II and Texas Land Practice. She coaches a number of advocacy interscholastic teams and is the faculty sponsor for Baylor Law's Public Interest Society. She also serves as contributing editor in the area of Real Estate Law for General Practice Digest. She had worked as a guest member for the National Board of Bar Examiners, Real Property Drafting Committee.