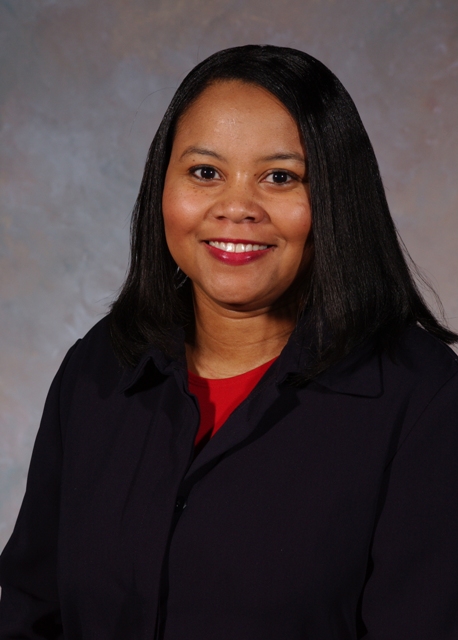 Prominence given to stories about missing individuals can affect how authorities handle a case, and families of victims who receive national attention inevitably receive more aid from local and national police and investigators, said Moody, author of Black and Mainstream Press' Framing of Racial Profiling: A Historical Perspective.

One of the tenets of journalism is objectivity, Moody said. But sometimes, despite journalists' good intentions, coverage is slanted because of "framing" -- magnifying or minimizing coverage based on such factors as a woman's youth, beauty and occupation.

"Framing is not intentional -- it's different from 'spin,' where you know what you're doing -- but it's based on your race, your gender, your values, your upbringing," Moody said. "You cover an issue based on what you bring to the table. We just have different viewpoints."

Moody, whose research was based on examination of mainstream media's coverage, said she is doing new studies to see whether coverage differences are as pronounced in blogs and other new media.

"The research is ongoing," said Moody, who has enlisted students to assist in the effort. "I don't want to let it go."

Despite a brief improvement after the media was criticized -- including self-criticism -- for varying coverage of missing women, things haven't changed much since the early 2000s, when stories about missing women -- white women in particular -- often were spotlighted on front pages and as lead items on television news broadcasts, Moody said.

The coverage was deemed "missing white women syndrome" or "missing pretty girl syndrome." Conspicuously absent were similar headlines and articles about missing women of color, especially black women, said Moody and two other researchers, whose work was cited in How National Media Framed Coverage of Missing Black and White Women, published in the Media Report to Women in late 2009.

Because researchers found it impossible to include all women relevant to the study for empirical results, they focused on coverage of four of the most publicized cases between 2002 to 2005: Laci Peterson, 27, and Lori Hacking, 27, both Anglo; Tamika Huston, 24, who was African-American, and Latoyia Figueroa, also 24, who was of Hispanic and African-American descent. Huston and Figueroa were perhaps the most publicized missing minority women, researchers said.

Investigators retrieved 738 transcripts and articles from NBC and CBS television networks and articles in The Washington Post and USA Today.

Although the media did not overtly cover class or social standing, reporters used indicators such as occupations, home ownership and neighborhoods, researchers said. Three of the four women were pregnant, and in each case, the suspect was a husband or a lover.

Mainstream press coverage of Anglo women often included interviews of relatives and friends, a description of the neighborhood and information about the personality of the missing woman.

Peterson's mother described her daughter as a happy, friendly individual who greeted everyone with a smile. Similarly, accounts about Hacking included details of her family life and hobbies, such as jogging.

In Figueroa's case, reporters did not directly quote any of her family members.

Both black-owned and mainstream media coverage of a missing black woman usually focused on her dismal circumstances and the past of the victim's abusive mate, researchers found. But following criticism of the media for lack of coverage, reporters began usually interviewing members of missing black women.

Laci Peterson was perhaps the best example of that, researchers wrote. They noted that "during her disappearance, particularly the early phases, newscasts frequently flashed pictures of the 27-year-old wearing her holiday best. Her glossy hair, big dimples and huge smile were often the lead topic in newscasts about the missing mother-to-be."

Moody said such coverage of people from upper-class backgrounds is more common "because editors believe people want to know about the wealthy. They may think it's more newsworthy because maybe they think it happens all the time to poor people.

"What you get is, `She was a wonderful mother and wife. She was beautiful and young.' Value is placed on her because of those factors. She's put on a pedestal.

"You also don't see much coverage of overweight women," Moody said. "It's nearly always about someone who's attractive or petite. What does that say about women who are poor, unattractive or overweight? That tells us that they're not as important."

She said studying the ways individuals are portrayed increases awareness, and "if members of the media are aware, they can change the way they cover those groups."

Moody said other groups often are overlooked or stereotyped in media coverage. She is writing a book called Invisible Damsels: Media's Framing of Women, Minorities and the Elderly.