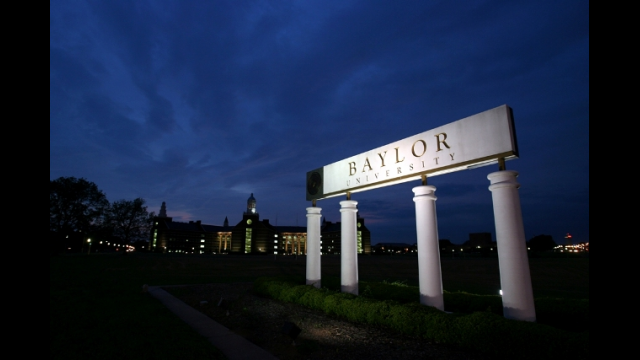 Baylor University's 2012 commitment to building strong, research-intensive graduate programs is producing impressive results in a relatively short time. The university significantly enhanced its graduate student stipends, which resulted in an increasing number of high-scoring graduate students seeking doctoral degrees at Baylor. And now, national data from Academic Analytics shows that the scholarly productivity for many of Baylor's graduate faculty - in fields ranging from physics, political science and preventive health to religion, sociology and philosophy - is among the strongest in the nation.

Baylor began using Academic Analytics two years ago, when it became increasingly clear that the long-delayed decennial rankings of doctoral programs by the National Research Council (NRC) would be insufficient for its needs.

"Much of NRC data will be four or five years old by the time it is released, and for relatively new, relatively small programs like Baylor's, the time lag was too long," said Dr. Larry Lyon, dean of the Graduate School and vice provost for Institutional Effectiveness at Baylor. "We have been actively improving our doctoral programs each year through strategic hires and increased support for faculty research, so we need recent data and annual updates."

Baylor's Interim Provost Elizabeth Davis approved the subscription to the Academic Analytics database and noted that it is increasingly used among the Big 12 universities.

"All research universities need reliable assessments of doctoral programs," Davis said. "They represent major investments in faculty and student resources, and the return on that investment needs to be demonstrated, and in our case, the return on the investment is, in many cases, coming in sooner and stronger than anticipated."

Several Ph.D. programs that were launched or grew rapidly during 2012 have already joined the nation's best, according to Academic Analytics.

Philosophy, which did not begin recruiting doctoral students until 2004, is ranked No. 18 nationally out of 112 doctoral programs in philosophy in the Academic Analytics database. Political science and sociology, two other relatively new doctoral programs at Baylor, were in the top quartile of all Ph.D. programs in their respective fields.

Lyon said that while he knew Baylor faculty already were nationally recognized in these fields, this objective assessment of scholarly productivity was still affirming.

"These rankings are based on the faculty's number of books, journal articles, citations, grants and academic awards," Lyon said. "Our faculty, when compared on the same measures to all graduate faculty at all doctoral programs across the nation, are among the most productive."

"This remarkable transition has been catalyzed by a lot of hard work from both existing and new faculty collaborating across disciplines to the benefit of our students," said Dr. Lee C. Nordt, professor of geology and dean of the College of Arts and Sciences at Baylor. "Baylor is becoming known not only as a disseminator of information but as an institution of discovery."

In Baylor's School of Education, the new Ph.D. in exercise, nutrition and preventive health (ENPH) scored especially high with a ranking of ninth nationally.

"We have a lot of potential in education," Lyon said. "I think ENPH is an early indicator of how strong our doctoral programs can become. It began under 2012 as a program perhaps more akin to the sciences than to education, but has moved to be a more traditional program while retaining its high level of faculty productivity."

"We have been extremely pleased with the progress that the ENPH program and department faculty and students have made in the early stages of implementing that program," said Dr. Jon Engelhardt, dean of Baylor's School of Education. "While the program began with a more singular focus, we have been adding faculty and are now broadening the program to meet its full potential in health/human performance disciplines. Beyond this program, last year Baylor Regents approved a new Ph.D. program in curriculum and teaching, and we have a cadre of strong students working with faculty in yet another area of advanced study in education."

Other Baylor doctoral programs that have been in existence longer also have scored notable rankings with Academic Analytics.

"I don't think anyone is surprised at how well our religion program is doing," Lyon said, "but the improvement that physics has made since the last NRC ranking is remarkable since such improvements often do not easily or quickly occur in the sciences."

"The snapshot of physics taken by Academic Analytics is encouraging, but what's equally exciting is that other departments in the sciences and engineering are also trending well," said Dr. Truell W. Hyde, professor of physics and vice provost for research, whose office at Baylor benefits from the immediacy of the data.

"Annual data analysis like that provided by Academic Analytics yields information in a time frame closer to real time than more traditional rankings, which take place every 10 years or even less frequently," Hyde added. "It's also gratifying to see research support efforts begun as part of Baylor 2012 begin to yield measurable results for Baylor faculty. We are clearly headed in the right direction."

Lyon said he is overall "exceptionally pleased" with the scholarly productivity evidenced by the graduate faculty in the university's Ph.D. programs.

"While Baylor has been enrolling increasingly bright graduate students and providing innovative programs in pedagogy and interdisciplinary studies, there is no substitute for creative, prolific, nationally competitive faculty," Lyon said. "High levels of scholarly productivity among our faculty are absolutely necessary for Baylor to develop strong Ph.D. programs."