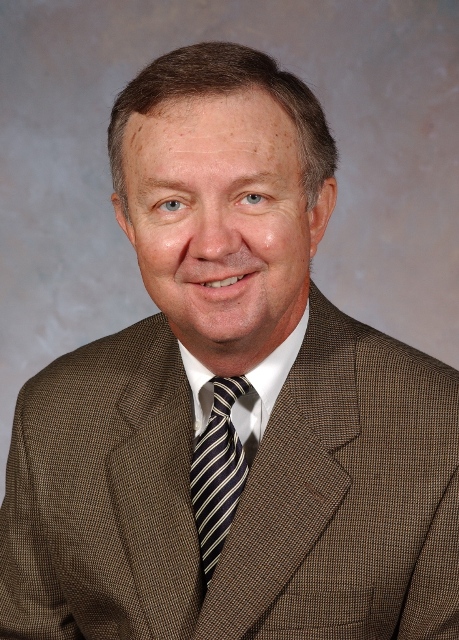 Dr. Phillip Johnson, 63, longtime professor of Spanish at Baylor University, died Wednesday, May 12, after a valiant battle with cancer.

"Phil Johnson was an excellent teacher of Spanish at all levels, certainly one of our best," said Dr. Michael D. Thomas, professor of Spanish and director of the division of Spanish and Portuguese in Baylor's department of modern foreign languages.

"As a colleague, he was always affable, supportive and willing to do whatever was asked of him without complaint," Thomas said. "In division matters, Phil normally did not say a lot, but when he did speak, people listened. He was highly respected and will be greatly missed."

Johnson led Baylor Summer Study Programs in Mexico from 1979-82 and Madrid, Spain, from 1982-2003. In all, more than 400 students have participated in summer study during that time. He was elected to membership in several academic honor societies and was especially active in Phi Beta Kappa. Johnson served on the Baylor Faculty Senate for six years and was selected the outstanding professor in the College of Arts and Sciences during the 1980s and '90s. He was also active in the American Association of Teachers of Spanish and Portuguese, serving as secretary of the Lone Star Chapter.

At Baylor, he served as chapter president and vice-president from 1983-1984 and chapter secretary-treasurer from 1984 to the present. During this time, more than 1,400 Baylor graduates were inducted into Zeta Chapter at Baylor, including the newly-elected members at the April 17 initiation banquet, which Johnson attended.

"The members of Phi Beta Kappa join with Dr. Johnson's many students and colleagues in mourning his loss. We honor him, his wife Marilyn and their family for their strong commitment to the university and the community," said Dr. Jennifer L. Good, assistant professor of German and acting president of Baylor's chapter of Phi Beta Kappa.

"Dr. Johnson was deeply dedicated to his teaching, his students and his discipline. He was kind and gentle in his manner with colleagues and students - always supportive and wanting the best for each person with whom he worked," Good said. "He leaves with us a legacy of excellence for Modern Foreign Languages and Phi Beta Kappa that is remarkable and reflects his love of learning."

Good said Phi Beta Kappa established the Phillip Johnson Endowed Scholarship fund as recognition of his service to the Zeta Chapter at Baylor. The family, in lieu of flowers, has requested that memorials be made to the scholarship in Johnson's honor. Memorials can be made at www.baylor.edu/give.

"It is with deep affection for Phil as his colleagues and friends, as well as our recognition of how much he gave to the university, that we will endeavor to continue his great work encouraging students in the liberal arts and sciences to strive for the highest excellence in their studies and lives," Good said.

Johnson is survived by his wife, Marilyn, and four daughters: Emily of Arlington, Va.; Amy (Chris) Gould of Bentonville, Ark.; Lesley (Matt) Dunn of Lehi, Utah; and Nancy of Salt Lake City; and four grandchildren: Jackson, Melanie and Allison Gould and Murphy Dunn. He also survived is by his parents, Merrill and Verna Johnson, of Evanston, Wyo., and brothers Paul (Sylvia), Stephen (Mary) and Ed (Bonnie) all of Salt Lake City.