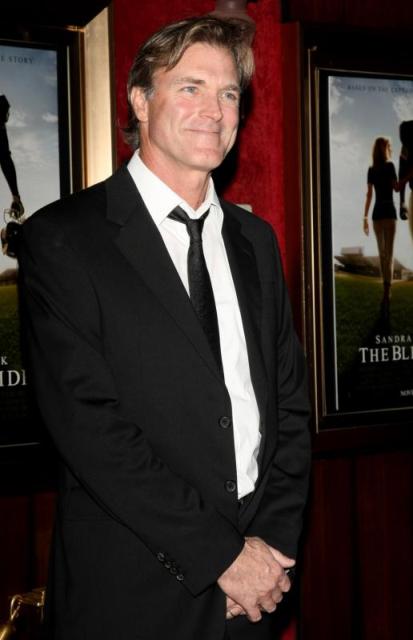 John Lee Hancock, writer and director of the Academy Award-nominated film The Blind Side and a Baylor Law alumnus, will be the keynote speaker at Baylor Law School's commencement exercises at 10 a.m. Saturday, May 1, Waco Hall. Additionally, William Nelson Drabble, the highest ranking student in the commencement class, will deliver remarks. Dr. Elizabeth Davis, Provost and Professor of Accounting at Baylor University, and Baylor Law Dean Brad Toben also will participate in the program and will award juris doctor degrees to the graduates.

While the majority of floor seats will be reserved for graduates and their guests, a limited number of seats in the Waco Hall balcony will be available to the public.

Hancock was born in Longview, but grew up in Texas City. He is the son of John Lee Hancock Sr., who played football for Baylor and was football coach at Texas City High School. The eldest of four children, John Jr. played football and competed in swimming while in high school. He received his bachelor's degree in English from Baylor in 1979 and earned a law degree from Baylor Law School in 1982.

After working in a Houston law firm for four years, he decided to pursue screenwriting and moved to Los Angeles. Choosing not to take the California bar exam and practice law in California, Hancock instead held numerous non-legal jobs those next few years, took acting classes, worked in local theater. A screenplay he wrote in 1991 was noticed by Clint Eastwood and went on to become A Perfect World, directed by Eastwood and starring Eastwood and Kevin Costner. He went on to produce the critically acclaimed My Dog Skip before finding widespread recognition as director of The Rookie, which won an ESPY in 2002 for "Best Sports Movie." He also wrote the screenplay for Midnight in the Garden of Good and Evil and directed The Alamo.

With The Blind Side, Hancock returned to his football roots. The film stars Sandra Bullock as Leigh Anne Tuohy, a well-off Memphis woman who makes room in her life for Michael Oher, a homeless, 350-pound African-American teenager who ended up becoming the Baltimore Ravens' first-round pick in this year's NFL draft. The movie received the Oscar nomination for Best Picture. Bullock won Oscar, Screen Actors Guild and Golden Globe awards for her portrayal of Tuohy.

"We are so very proud to count John Lee, such a lauded director, as one of our alums. He may not practice law now, but I have no doubt he uses in his work the education and skills training he learned in law school. A law degree is such a versatile one and the analytical, problem solving and communication skills learned transfer quite readily to so many different venues," said Brad Toben, dean of Baylor Law School.

Assisting Toben with awarding degrees will be Leah W. Jackson, associate dean and professor of law. Hooding the graduates will be Gerald Powell, Master Teacher and the Abner V. McCall Professor of Evidence, and Bridget Fuselier, associate professor of law. The invocation will be given by the Honorable Ed Kinkeade, U.S. District Judge for the Northern District of Texas.