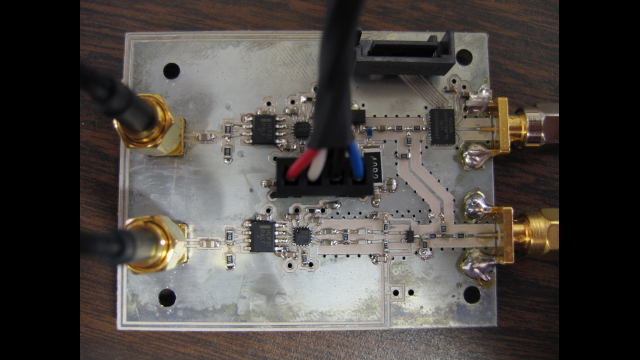 Two years ago, a Baylor University researcher developed an effective and accurate electromagnetic sensor that provides diabetics a noninvasive alternative to reading their blood glucose levels. There was just one problem: it was too big to carry around.

Today, Baylor researchers announced they have developed a sensing method that uses a circuit board small enough to make the device portable.

To measure glucose levels, users must press part of their hand or finger against the sensor. The Baylor researchers took daily samples of 31 people over the course of a few months and compared those samples to levels measured by an over-the-counter commercial sensor. The researchers found Baylor's noninvasive sensor has the potential of achieving the same or even better accuracy than current commercial sensors, many of which prick the finger to sample blood.

"For diabetics, the daily routine of pricking their finger to check blood-sugar levels can be an annoying and inconvenient task, but now we have a device that could potentially change that," said Dr. Randall Jean, associate professor of electrical and computer engineering at Baylor. "We have taken the device to the point where it justifies a significant investment. The probability of success is very high."

The sensor uses electromagnetic waves to measure blood glucose levels in the body. As the energy goes from the sensor through the skin and back to the sensor, the glucose level is measured through the transference of energy. Jean said the microwave frequency range is wide enough to isolate the effect of sugar in the blood and minimize the characteristics of other things like body fat and bone, which could alter accurate readings. Jean also said using electromagnetic waves is relatively safe because they do not ionize the body's molecules like x-rays can do.

Jean, who is borderline diabetic, holds a patent for the general measurement method called ultra wideband pulse dispersion spectrometry, and Baylor has applied for a provisional patent as it pertains to non-invasive glucose monitoring. Baylor researchers now hope to conduct further tests on a much wider diabetic population. Current commercial sensors measure glucose levels over the range from 20 to 600 milligrams per deciliter, while Baylor's prototype sensor has shown it can range from 60 to 185 milligrams per deciliter, however Jean said the fact that the senor has good resolution and accuracy over the limited range demonstrates this technology can work.

"We are definitely excited," Jean said.