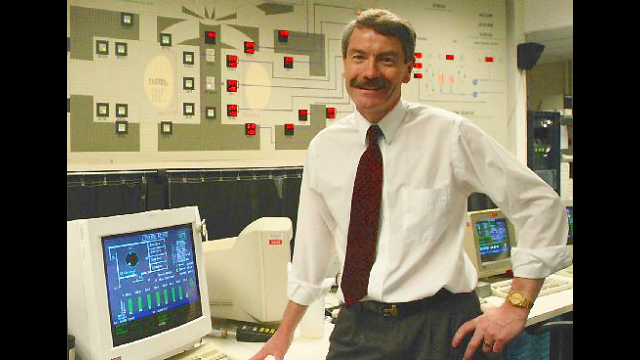 The final addresses in the Spring 2004 Templeton lectures on aspects of the relationship between science and faith will be presented from 3:30 - 5:00 pm, Thursday, April 22 and Friday, April 23 in Bennett Auditorium on the Baylor University campus. Dr. Ian Hutchinson, director of the Nuclear Lab at the Massachusetts Institute of Technology (MIT), will present a two-part series, "Warfare and Wedlock: Life in Science and Faith." The talks are free and open to the public.

Hutchinson's research interests include plasma physics, controlled fusion energy and the relationship between science and Christianity.

Hutchinson received his bachelor's degree in physics from Cambridge University and his doctorate in engineering physics from the Australian National University. He has published numerous articles and a book, Principles of Plasma Diagnostics, and he serves on the editorial boards of Plasma Physics and Controlled Fusion and the New Journal of Physics.

The John Templeton Foundation was established in 1987 by renowned international investor Sir John Templeton to encourage a fresh appreciation of the critical importance -- for all peoples and cultures -- of the moral and spiritual dimensions of life. The foundation seeks to promote a standard of excellence in scholarly insight to encourage further worldwide explorations of moral and spiritual dimensions and human potential.

The primary goal of the Templeton Research Lectures is to promote the constructive engagement and original research between the physical, biological, and human sciences and those modes of inquiry and understanding generally found within theology, religious studies and philosophy.

The Templeton/American Scientific Affiliation Lecture Series at Baylor is cosponsored by the office of the vice provost for research; the program in science, philosophy and religion of the Institute for Faith and Learning; and the department of physics Colloquium Series.

For more information, contact Bruce Gordon or the office of the vice provost for research at 710-3763.