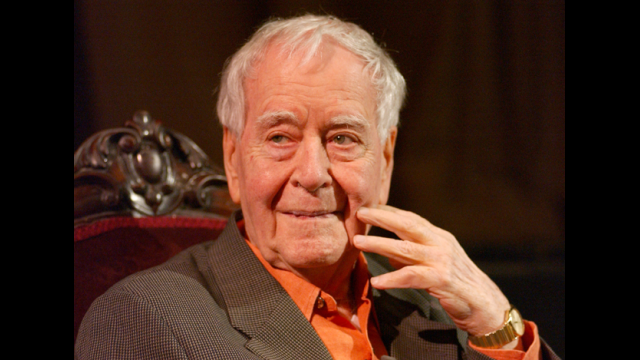 Sponsored by the department of theater arts, the festival will include a wide range of events, including a question/answer session with Foote; anticipated appearances by actors Robert Duvall, Estelle Parsons and Ellen Burstyn; and the 50th anniversary production, with a professional cast, of Foote's play "The Traveling Lady."

Foote was named Visiting Distinguished Dramatist at Baylor in fall 2002 and has conducted week-long, in-residence classes each semester. He also collaborated with Dr. Marion Castleberry, assistant professor of theater arts, on the upcoming book "Horton Foote: Genesis of an American Playwright," a compilation of essays written by the playwright.

"Horton Foote is one of the world's greatest playwrights and certainly Texas' greatest natural resource," Castleberry said. "Seldom does a theater arts department such as ours have the opportunity to work so closely with an Academy Award-winning and Pulitzer Prize-winning writer. I feel honored and blessed to be a part of something so exciting, and I look forward to a very rewarding partnership between Baylor and Horton Foote."

Castleberry also explained that Foote's affection for Baylor is long standing. Foote's great-great-grandfather, Albert Clinton Horton, the first lieutenant governor of Texas, gave $5,000 to establish Baylor in 1845 and was a charter member of its board of trustees.

Born in Wharton, Texas, in 1916, Foote received his first Academy Award in 1962 for his screenplay of "To Kill a Mockingbird" and his second in 1983 for "Tender Mercies." He received a Pulitzer Prize for his play "The Young Man from Atlanta."

In 1989, he was the recipient of The William Inge Award for Lifetime Achievement in the American Theater. More recent honors include a Gold Medal for Drama from the Academy

of Arts and Letters, an Emmy Award for his television adaptation of William Faulkner's "The Old Man" and a Lifetime Achievement Award from the Writer's Guild of America. He received the National Medal of Arts Award from President Bill Clinton.

Each year the Horton Foote American Playwrights Festival will celebrate a great American playwright with performances, an academic symposium on the writer and an award in Foote's name. The first festival will honor Foote's own remarkable contributions to American theater. Some of the scheduled activities include:

• A Gala celebrating the life and works of Horton Foote

• A chartered tour of Wharton, the birthplace of Horton Foote

• The 50th anniversary production of Horton Foote's "The Traveling Lady"

• An exhibit of Foote's awards, including his two Academy Awards and Pulitzer Prize

Baylor's theater department has a long and storied history. Founded in 1901, the department was elevated to international prominence under the direction of Paul Baker, who chaired the department from 1934 to 1963. It was during this period that the university built its first theater building, established the Dallas Theater Center and gained national acclaim for experimental productions, including revolutionary stagings of Hamlet and Othello, which featured performances by Charles Laughton and Burgess Meredith and were reviewed by the New York Times and Paris newspapers. Alumni of the theater program include actress Carole Cook, Beau Gravitt, assistant director of the Actor's Studio in New York, Doug Rogers, part of the Oscar-winning team on the movie "Shrek," and Chris Coleman, director of the Portland Stage Company.

A range of ticket packages are available for the festival. For a complete schedule of events or for ticket information, call (254) 710-4866.