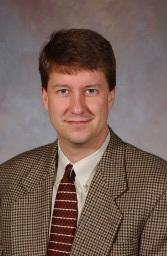 In 2008, a Baylor University study found nearly a third of those who approached their local church for assistance in response to a personal or family member's diagnosed mental illness were told by their church pastor that they or their loved one did not really have a mental illness. Baylor researchers have now built upon that research and have found that depression and anxiety are the mental illnesses that are dismissed the most often.

Research consistently shows that clergy - not psychologists or other mental health experts - are the most common source of help sought in times of psychological distress.

The Baylor researchers surveyed 168 pastors affiliated with the Baptist General Convention of Texas (BGCT). As a whole, the sample consisted of large, affluent congregations in suburban settings with senior pastors who were highly educated, predominately Caucasian and theologically conservative.

The Baylor study found that despite recognizing a biological basis to all mental illness, the views of the BGCT pastors surveyed vary across disorders in how much they believe environmental or spiritual factors, such as personal sin, lack of faith or demonic involvement, play a role. Major depressive disorders and anxiety disorders were viewed by pastors as having greater environmental and spiritual involvement and were more often dismissed than the more "severe" mental illnesses like schizophrenia or bipolar disorder. The study also found that pastors viewed inconsistent parenting as the main driving force behind AD/HD. Pastors viewed medication as more effective in disorders seen as predominately biological, compared to those with greater environmental or spiritual involvement.

"The results are troubling because the demographic of this sample is considered to have the most and easiest access to mental health care, but yet, by their admission, they seem unwilling to access mental health care that is available to their congregants," said Dr. Matthew Stanford, professor of psychology and neuroscience at Baylor, who led the study. "A majority of them also do not believe they come into contact with very many congregants that have a legitimate mental illness, however we know roughly one in four Americans will be diagnosed with a mental illness this year, making it likely that they will come in contact with it."