Life Without Parole? Not for Children 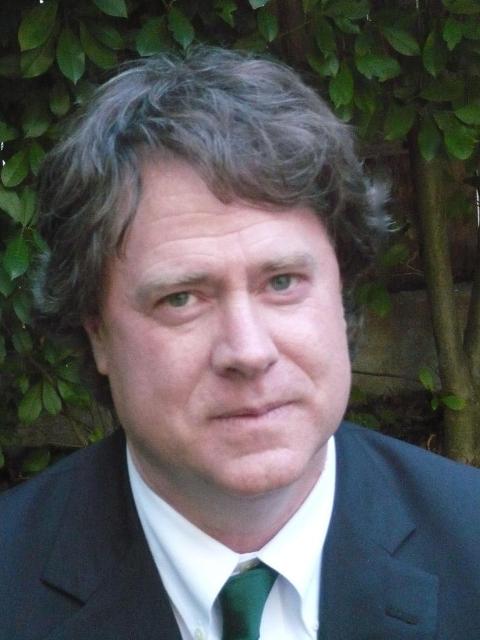 WASHINGTON (June 4, 2009) - As the U.S. House Judiciary Committee holds hearings on proposed legislation to revise sentencing rules for children who are convicted of crimes for which they receive life without parole, the select list of invited experts providing testimony includes a Baylor University Law School professor.

On Tuesday, June 9, Mark Osler will testify before the Subcommittee on Crime, Terrorism and Homeland Security, discussing why H.R. 2289, the Juvenile Justice Accountability and Improvement Act of 2009, should be enacted into law. Sponsored by Rep. Robert Scott of Virginia and co-sponsored by House Judiciary Committee Chairman Rep. John Conyers of Michigan, the bill calls for regularly scheduled parole review for child offenders sentenced to life.

Currently, the United States is one of only two countries in the world known to sentence offenders under aged 18 to life without parole. More than 2,500 youth offenders are currently serving such sentences in the U.S., and the estimated rate at which the sentence of life without parole is imposed on children nationwide remains at least three times higher today than it was 15 years ago. Black children are 10 times more likely to receive a life-without-parole sentence than white children.

"More than half of the juveniles who receive life without parole are first-time offenders, and many are in prison for crimes short of murder," Osler says. "Interestingly, the only other country which hasn't signed a convention outlawing such sentences is Somalia. So, it's us and the country that supports pirates. Is that really the kind of company the United States wants to keep?"

Historically, courts in the United States have recognized the undeniable differences between adult and youth offenders, and Osler says life with no chance of parole denies those differences.

"I'm a former prosecuting attorney, so I believe in punishment," Osler says. "Justice is never achieved without punishment.

"At the same time, there must be a balance between justice and mercy. Cases where child offenders are sentenced to life with no possibility of parole completely push mercy out of the picture."

Life without parole also removes a chance for redemption, Osler says. "Redemption also must be a possibility in sentencing. As a Christian, I see the person - the offender - separate from the evil he or she may commit. As a legal professional, I know very well that rehabilitation can fail, and can be very expensive. However, adults - particularly those of us who are people of faith - have an obligation to try to rehabilitate children who have committed crimes.

"All children deserve a chance to grow into productive adults - even those who have committed a crime as a child."

Recent Baylor Law School graduate Kaye Johnson and current second-year Baylor Law student Chris Rusek will make the trip from Waco, Texas, to Washington with Osler. The two received some real-world experience in working with Osler on the research for his testimony.

"Scholarship must relate to teaching, and vice versa," says Osler. "I always include students in the work I perform outside the classroom to show them the real impact the legal profession has on our world."

Osler will testify at 2:30 p.m., June 9, in room 2141 of the Rayburn House Office Building. Additional information on the hearing can be found on the House Judiciary Committee web site.

Mark Osler is a professor of law at Baylor Law School in Waco, Texas. A graduate of Yale Law School and a former federal prosecutor, he is an expert on sentencing whose work has consistently confronted problems in the federal sentencing guidelines. Most recently, as lead counsel, he won the case of Spears v. United States (2009) in the U.S. Supreme Court, where the Court held that sentencing judges can categorically reject the 100:1 ratio between crack and powder cocaine in the federal sentencing guidelines. Justice John Paul Stevens quoted Osler in the seminal case of United States v. Booker (2005), which struck down the mandatory guidelines. As an appellate attorney, Osler has briefed or argued cases in six federal courts of appeal and in the Supreme Court. He serves as the head of the Association of Religiously Affiliated Law Schools, and often lectures on issues relating to sentencing, ethics and faith and the law. His work on one case is portrayed in the Samuel Goldwyn Film, "American Violet," where the character of "Professor Joe Fischer" is based on Osler's role in working with a former student to address suspect practices by a District Attorney. His book, Jesus on Death Row, (Abingdon Press, 2009) challenges the death penalty based on the experience of Christ as a criminal defendant. He has also authored more than 20 academic articles, and has been interviewed as a sentencing expert on NPR's "Morning Edition" and ABC's "Good Morning America." Prior to joining Baylor in 2000, Osler clerked for U.S. District Court Judge Jan E. DuBois in the Eastern District of Pennsylvania, was an associate with the law firm Dykema Gossett in Detroit, and served five years as Assistant United States Attorney in Detroit.