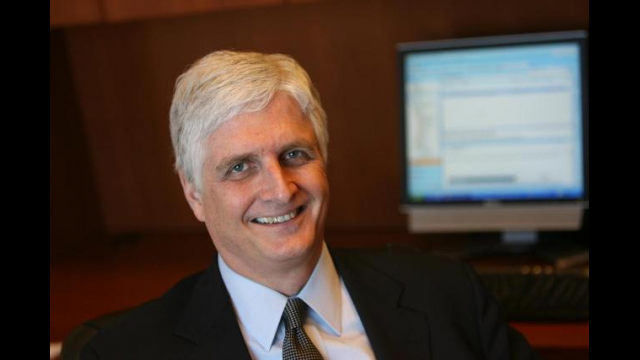 Michael Berry, former senior partner at Thompson & Knight LLP, has joined Baylor Law School as director of career services. In this role, he will help the Career Services Office have a more concentrated focus on recruiting prospective employers and marketing Baylor law graduates, in addition to the programs and counseling services currently offered.

"I have worked with Baylor lawyers throughout my career and have always been impressed by them, both personally and professionally," Berry said. "Professor [Jim] Wren caused me to have a few sleepless nights during a case we had against each other when he was in private practice.

I also have known Professor [Jim] Underwood since we were summer associates. (I taught him everything he knows about comparative responsibility.) I also am very impressed by the intense Practice Court training, which I believe uniquely prepares students for actual practice."

Berry had other contacts with Baylor University. His uncle graduated from Baylor in 1954, and Berry participated in the university's summer debate workshop for two summers as a high school student. His nephew, Chris Berry, also served on the Baylor baseball team coaching staff several years ago.

Berry spent the last 22 years practicing at Thompson & Knight in Dallas, the last decade as a senior partner in the Trial Section. He had a general civil litigation practice, with a focus on matters involving pharmaceutical products and medical devices.

It was that mentor role that led him to the Career Services position.

"Over the past few years, I found that one of the most satisfying aspects of my private practice was mentoring and assisting younger lawyers in adjusting to the real world practice of law," he said. "I served in various roles that involved associate development issues. My goal for this position is to be an effective and respected advocate for Baylor Law students to potential employers; to be a general resource for students as they pursue career opportunities; and to assist students in preparing to transition from the academic environment to the workplace."

"Mike will be a tremendous addition to our Career Services Office, because he brings the perspective of the employer to the office," said Baylor Law Dean Brad Toben. "He knows what it takes to be successful in the practice of law and can, therefore, communicate the advantages of the Baylor program to prospective employers, while helping students find the career path that best suits them. We have such dedicated CSO staff, and we feel fortunate to add another person who is dedicated to serving Baylor students."

Berry has been married for more than 30 years and has two adult children. He is a Dallas Cowboys fan and season ticket holder, plays guitar from time to time, knows a lot about the Beatles and likes to snack on Reese's Peanut Butter cups.