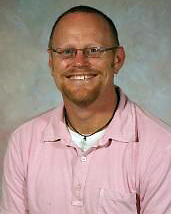 A Baylor University study has found that exposure during adolescence to moderate doses of alcohol in a binge-like fashion does in fact produce tolerance to high doses of alcohol later in life.

Baylor researchers found that the alcohol a person might ingest when they are between 12 and 20, even at moderate doses, can alter brain and liver function, and produce alcohol tolerance when the person is older.

The results appeared on-line in the journal Alcohol. It is among the first studies that link long-term tolerance consequences when adolescents are exposed to alcohol.

"Many people balance their alcohol consumption based on perceived changes in their behavior and what we show is that you can have no changes in your behavior in terms of tolerance, but still be changing liver and brain function that will produce tolerance later in life," said Dr. Douglas Matthews, associate professor of psychology and neuroscience at Baylor who led the study. "The body and brain are still developing during adolescence and this shows even a small amount of alcohol can have harmful effects."

Researchers simulated low-dose binge drinking in adolescent animal models once a month with blood-alcohol content reaching between .05 and .09. The animals then abstained from alcohol for several years before being reintroduced to high-dose amounts with blood-alcohol content levels reaching between .3 and .35. Researchers found those that were exposed to low-dose alcohol during adolescence had substantially higher tolerance to alcohol later in life.

"What we saw is brain and liver changes over a long period of time," Matthews said. "We don't know if it is totally permanent, but we do know tolerance, in general, is not a good thing."