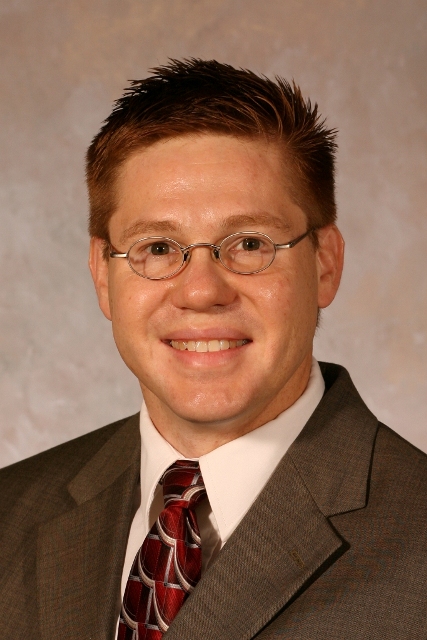 (Click here for a table of findings from the Baylor Religion Survey on voting for a racial minority for President.)

On Nov. 4, American voters will cast their ballot in a presidential race that includes an African-American nominee for the first time. Undoubtedly, it is a watershed moment for racial and ethnic minority groups in the United States. But will whites support a non-white presidential candidate?

Findings from 1,325 non-Hispanic whites sampled as a part of the 2008 Baylor Religion Survey - designed by Baylor's Institute for Studies of Religion and conducted by Gallup - reveal interesting patterns relevant to the historic presidential election.

One of the questions on the survey, which was conducted in fall 2007, asked: "If your party nominated a member of a racial minority for President, would you vote for him or her?" Eighty-four percent of white Americans said they would, according to the survey. But this voting decision was influenced by religion, age, education, income and political party.

Influence of Religion on Voting for Non-white Candidate

Perhaps most interesting of the survey's findings is the influence of religion on white Americans' propensity to vote across racial lines, said Dr. Kevin D. Dougherty, assistant professor of sociology at Baylor who specializes in religion, organizations, race and ethnicity.

Religious service attendance had no effect, according to the survey. However, religious affiliation, view of the Bible and racial composition of congregations did.

About eight out of 10 whites affiliated with Catholic or Protestant churches said they would vote for a racial minority candidate, if their party nominated him or her. Nine out of 10 whites who had no religious affiliation would support such a candidate. More literal views of the Bible corresponded to an unwillingness to vote for a racial minority among whites, the survey showed.

What matters more than denominational background or view of the Bible though is who else sits in the pews, Dougherty said. The survey showed that whites - who belonged to congregations in which every member shared their race - were among the least likely of all respondents to say they would cast a ballot for a non-white presidential candidate.

More sophisticated statistical analyses reveal that whites in racially homogeneous white churches are two-times less likely to vote for a racial minority presidential candidate, Dougherty said, even after controlling for other characteristics such as age, education, income, political party, religious affiliation and view of the Bible. The more homogeneously white a congregation's membership, the less likely a white respondent was to vote for a racial minority candidate, according to the survey.

Dougherty said this speaks volumes about the role of religious communities in shaping present views of race.

"For many church-going whites, attending religious services does not bring them into contact with persons of other racial backgrounds," he said. "It is easy to be distrustful of another group of people when someone is not personally acquainted with anyone from that group. The 2008 presidential election will test the consequences of America's continued religious segregation by race."

Influence of Age, Education, Income and Political Party on Voting for Non-white Candidate

"Not surprisingly, Democrats showed greater willingness to vote for a racial minority candidate for president than did Republicans," Dougherty said. "By fall 2007, Sen. Barack Obama was already a recognized candidate for president in the Democratic Party, although not the frontrunner. The response of Democrats to this survey question may relate to their positive regard for a particular candidate rather than the issue of race more generally."

Responses to the question did not differ substantially by gender or region of the country.

Additional findings from the Baylor Religion Survey that highlight even more hot-button issues of religious life in America were published in What Americans Really Believe by Dr. Rodney Stark (Baylor University Press, 2008). The second wave of the survey was released Sept. 18 in Washington, D.C.

The Baylor Religion Survey is funded by the John M. Templeton Foundation, and will be repeated every two years. Additional reports will be released in the coming months as the researchers delve further into the data they collected.

For more details about The Baylor Religion Survey, go to the website of the Baylor Institute for Studies of Religion at www.ISReligion.org.

Chartered in 1845 by the Republic of Texas, Baylor University is the oldest, continually operating university in the state. A private Christian university and a nationally ranked liberal arts institution, Baylor is classified by the Carnegie Foundation for the Advancement of Teaching as a research university with "high research activity." This blends with Baylor's international reputation for educational excellence built upon the faculty's commitment to teaching, scholarship and interdisciplinary research to produce outstanding graduates.

Baylor's 735-acre campus in Waco, Texas, is home to more than 14,500 students from all 50 states and 70 countries. Baylor offers 147 undergraduate, 76 master and 25 doctoral degree programs, plus the juris doctor degree, through its 11 academic units.

Baylor University's Institute for Studies of Religion (Baylor ISR) exists to involve scholars having many different interests and approaches in creative efforts to grasp the complexities and interconnections of religion in the life of individuals and societies. The aim is to combine the highest standards of scholarship with a serious commitment to faith, resulting in studies that not only plumb basic questions, but produce results that are relevant to religious organizations, address moral controversies, and contribute to social health.