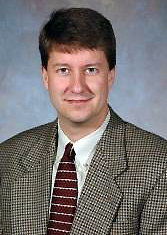 With research consistently showing that clergy - not psychologists or other mental health experts - are the most common source of help sought in times of psychological distress, a new Baylor University study has found clergy often times deny or dismiss the existence of the mental illness. It is believed to be the first study that looks at the experience those with mental illness have when approaching their local church for assistance with their mental illness.

The results were published in Mental Health, Religion and Culture.

In a recent Baylor study of 293 Christians who approached their local church for assistance in response to a personal or family member's diagnosed mental illness, Baylor researchers found that more than 32 percent of these church members were told by their church pastor that they or their loved one did not really have a mental illness. The study found these church members were told the cause of their problem was solely spiritual in nature, such as a personal sin, lack of faith or demonic involvement. Baylor researchers also found that women were more likely than men to have their mental disorders dismissed by the church.

In a subsequent survey, Baylor researchers found the dismissal or denial of the existence of mental illness happened more in conservative churches, rather than more liberal ones.

All of the participants in both studies were previously diagnosed by a licensed mental health provider as having a serious mental illness, like bipolar disorder and schizophrenia, prior to approaching their local church for assistance.

"The results are troubling because it suggests individuals in the local church are either denying or dismissing a somewhat high percentage of mental health diagnosis," said Dr. Matthew Stanford, professor of psychology and neuroscience at Baylor, who led the study. "Those whose mental illness is dismissed by clergy are not only being told they don't have a mental illness, they are also being told they need to stop taking their medication. That can be a very dangerous thing."

In addition, Baylor researchers found study participants who were told by their pastors they did not have a mental illness were more likely to attend church more than once a week and described their church as conservative or charismatic. However, the Baylor study also found those whose mental illness was dismissed or denied were less likely to attend church after the fact and their faith in God was weakened.