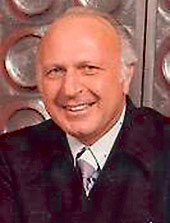 Dedicated Baylor University alumnus and former trustee Milfred Lewis of Missouri City, Texas, passed away Sept. 2 in Houston. A lifelong leader, he advanced Baylor through his generous philanthropy to the university, as well as nine years of service on the Board of Trustees.

Lewis, who earned his bachelor of business administration degree at Baylor in 1955, made the naming gift for the Lewis Art Building of the Hooper-Schaefer Fine Arts Center in the late 1970s, providing Baylor art students with much-needed studio, gallery and museum space.

"Their gift has meant so much to the art department over the years, because it allowed us to prosper and grow," said John McClanahan, professor and chair of the department of art, who has seen the number of department faculty more than double since the Lewis's gift. "I don't think we could've grown at such a rate without the Lewises."

A charter member of Baylor's Endowed Scholarship Society with his wife, Mary Lee (BBA '55), the couple established scholarships for athletes as well as business students and has been recognized at the Golden Bear Circle level of the society. In addition, they supported Student Foundation's scholarship efforts. The Lewises are members of the Heritage Club and Old Main Society and are life members of the Baylor Alumni Association. In 1988, they were recognized as members of the Medallion Fellowship with the James Huckins, Pat Neff and Presidents Medallions. Lewis served as a Baylor Trustee from 1978-1987 and also lent his leadership skills to the Baylor Alumni Association as a past member of its board of directors.

Before attending Baylor, Lewis served in the U.S. Army during the Korean Conflict as a forward observer in the artillery and was honorably discharged as Master Sergeant. He was employed by Phillips Petroleum Co. for a year and then served as vice president and general manager of the Texas Tool and Machine Co. for four years. In 1962, Lewis initiated the Equipment Renewal Co. (ERC) as a small, one-shop operation, and within 20 years, it had grown to 27 locations and 390 employees. In 1978, Lewis sold ERC to Kenai Corp., remaining as president of ERC and a vice president of Kenai Corp. He then went on to serve as president of American Wellhead Services, Inc.

In addition to his professional accomplishments, Lewis was a member of Willow Meadows Baptist Church and served community and business associations such as the Houston Chamber of Commerce, the Tyler Junior College Foundation board of directors, Independent Petroleum Association and Texas Association of Business.

He is survived by his wife of 53 years, Mary Lee May Lewis; his daughter, Nancy Lee Lewis Couch and husband Tom; his sons, David Lewis and wife Shawn, Robert Lewis and wife D.J., and Mark Lewis; and his eight grandchildren, Sydney, Trevor, Troy, Harrison, Jackson, Logan, Joshua and Jennifer.

Memorial contributions can be made in Lewis's honor to the Lewis Endowment Fund at Baylor University or to M.D. Anderson Research Center.