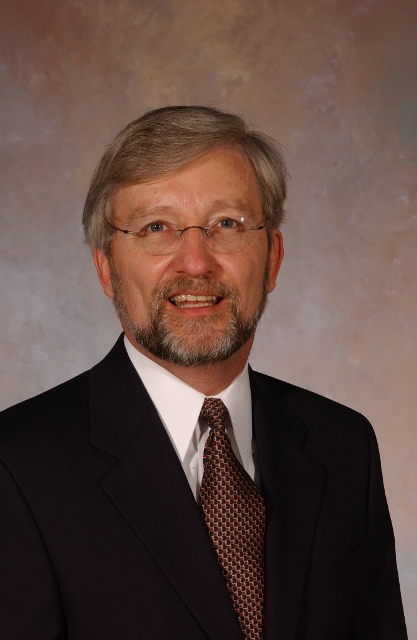 Dr. Howard K. Batson, chairman of the Baylor University Board of Regents, announced today the appointment of Dr. David E. Garland as interim president of Baylor University. Garland will succeed Harold R. Cunningham, who has been acting president since July 2008.

Garland is dean of Baylor's George W. Truett Theological Seminary, a position he has held since June 1, 2007. He joined the seminary faculty in 1997 as professor of Christian scriptures. He was appointed Truett's associate dean for academic affairs in 2001, and was named The William M. Hinson Professor of Christian Scriptures in 2005. Garland, who will assume the duties of Baylor's interim president immediately, will serve until a permanent president is named. He also will continue in his role as dean of the seminary.

The appointment comes after consultations with various university groups that focused on the characteristics desired in the individual selected and possible candidates to fill the position of interim president.

"We sought broad participation in this decision and consulted with members of the executive council, deans, executive committee members of the Faculty Senate, alumni, luminaries in Texas Baptist life and members of Baylor's Board of Regents," Batson said. "David was a consensus choice who was recognized as an outstanding scholar and able administrator.

"During his tenure as dean, Truett Seminary has recruited remarkably talented faculty and seen its enrollment grow to record levels. With a profound commitment to the integration of both the faith and scholarship elements of Baylor's mission, Dean Garland embodies the best of vision 2012. He is not seeking this position on a permanent basis but has expressed a willingness to serve Baylor as interim while we move forward with a national search to fill the presidency," Batson said.

"I am grateful for and humbled by this demonstration of trust by so many within the Baylor family. Our goals are significant and it will take all of us working together to continue our forward momentum. I ask your prayers, encourage your patience, and invite your active participation as we lead Baylor during the months ahead," Garland said.

Before joining the Truett Seminary faculty in 1997, David Garland served as The Ernest and Mildred Hogan Professor of New Testament and chair of the Biblical Division at the Southern Baptist Theological Seminary, where he taught for 21 years.

Garland is the author of 13 books (including commentaries on Matthew, Mark, 1 Corinthians, 2 Corinthians, Philippians, and Colossians and Philemon) and more than 50 academic journal articles. His most recent commentary on 1 Corinthians was given an Award of Merit by Christianity Today and was a finalist for the Gold Medallion presented by the Christian Booksellers Association. Two of his other books were awarded a Silver and Gold Medallion respectively. He has also edited four books and currently is the New Testament editor for the revision of the Expositor's Bible Commentary.

Garland and his wife, Diana, dean of Baylor's School of Social Work, published Flawed Families of the Bible: How God's Grace Works through Imperfect Relationships, which was recently translated into Korean. Garland also is working on a commentary on the Gospel of Luke for the Zondervan Exegetical Commentary series for which he is a consulting editor.

In addition to his research, teaching and administrative duties, Garland directed both of Truett Seminary's self-studies for accreditation by the Association of Theological Schools, from 2000-02 and 2005-07.

"Dr. Garland has many years of experience as a faculty member, both as a dedicated teacher and a respected scholar," said Dr. Georgia Green, associate dean of the Baylor School of Music and chair of the Faculty Senate. "These faculty credentials combined with his experience as an academic administrator make him an excellent choice for this appointment."

"I have every confidence David Garland will do an excellent job as interim president," said Dr. Donald D. Schmeltekopf, Provost Emeritus at Baylor. "At one level, he embodies the very best of Baylor's tradition of the scholar-teacher. At another level, David understands fully Baylor's unique challenge to be the top Protestant research university in the country. I know those who care about Baylor will rally to his support."

"It is encouraging that we have such a fine person in David Garland to serve in this role,' said Jeff Kilgore, executive vice president and CEO of the Baylor Alumni Association. "As he has done at Truett, I think David should do a fine job continuing to build consensus through a process of inclusion on campus. I look forward to working with him and hope that this appointment is indicative of what's more to come for the Baylor family."

In the coming months, Baylor regents will study best practices in presidential searches in anticipation of a national effort to identify Baylor's next permanent president. The interim president will not be considered a candidate in a broader search for a permanent president.