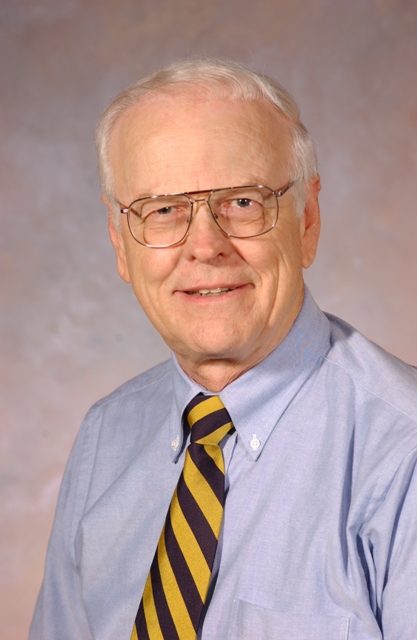 Talbert will speak on "The Bible and Ethics: Roles of Women as a Test Case." The lecture is free and open to the public.

"The basic question that my talk will address is how does a contemporary Christian use the Bible when making ethical decisions?" Talbert said. "The lecture will have two parts: first, a description of a method, and second, an illustration of the method using the issue of the status of women in the home and in the church. Most Christians don't have a clue about how properly to use the Bible in ethical discourse. What I will try to do is create a pair of spectacles through which one can look at the biblical material in a way that is helpful for our understanding of the roles of women in the home and the church today."

Dr. Randall O'Brien, executive vice president and provost at Baylor, created the lecture series to highlight the intellectual contributions of faculty who hold the distinction of University Professor and Distinguished Professor. Over the past decade, Baylor has added 19 of these high-profile scholars to the university's faculty. Currently Baylor has four University Professors, who teach classes across disciplinary boundaries, and 15 Distinguished Professors, who teach in specific areas.

Talbert joined Baylor in 1996 as Distinguished Professor of Religion, after serving 33 years as a religion professor at Wake Forest University.

"Charles Talbert stands as a giant among New Testament scholars," O'Brien said. "As one of the world's best published and most cited authorities in the field, his journal articles frequently steer the discipline in new directions, while his commentaries on the New Testament have become standard fare for students of Scripture. Professor Talbert's Distinguished Scholar Lecture promises to be biblical, provocative and relevant."

Talbert has held postdoctoral fellowships at the University of North Carolina at Chapel Hill, Duke University and the American Academy of Classical Studies in Rome and spent postdoctoral semesters in Venice, London and Rome and a postdoctoral summer in Germany. He has written more than 20 books and over 100 articles in scholarly journals, dictionaries and other religious publications. In addition, he has served on the editorial boards of The Journal of Biblical Literature, Perspectives in Religious Studies and the Catholic Biblical Quarterly. He has been editor of the dissertation series of the Society of Biblical Literature and the National Association of Baptist Professors of Religion.

Talbert has served as president of the National Association of Baptist Professors of Religion and the Society of Biblical Literature (both Southeast and Southwest regions). He is only the second Protestant in history to have served as President of the Catholic Biblical Association. He also is a member of Studiorum Novi Testamenti Societas (Society for New Testament Studies) and Phi Beta Kappa.