Truett Professor To Serve As Inaugural Garland Chair of Preaching 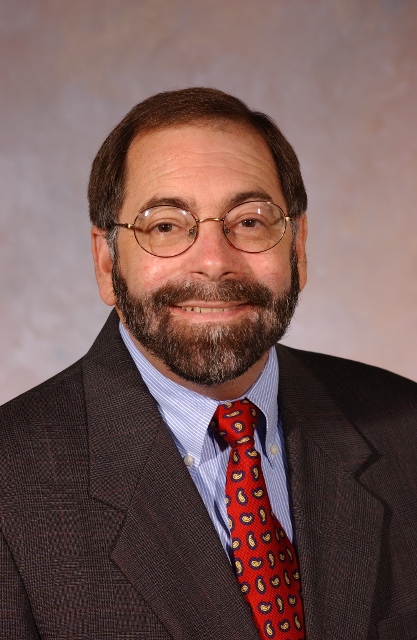 Baylor University's George W. Truett Theological Seminary will install Dr. William Hulitt Gloer as the inaugural David E. Garland Chair of Preaching, during a special chapel service at 9:30 a.m. Tuesday, Feb. 19, in the seminary's Paul W. Powell Chapel. The service will be followed by a reception in the Truett narthex.

The David E. Garland Chair in Preaching is named in honor of Truett's current dean and acknowledges the leadership, vision and devotion to ministry that characterizes Garland's service in the pastorate and as a professor. In addition to recognizing Garland, donors established the endowed fund to advance, refine and preserve the art and practice of the preaching of the Christian Gospel, with Gloer appointed as first holder of the Garland chair.

Before joining First Baptist Church, Corpus Christi, as pastor in 1997, Gloer served as a professor at Midwestern Baptist Theological Seminary in Kansas City, Mo., from 1983-96, assistant professor at North American Baptist Seminary in Sioux Falls, S.D., from 1981-83, adjunct teacher at Shalom-Ecumenical Center for Continuing Education at Augustana College in Sioux Falls, and instructor at Southern Baptist Theological Seminary from 1979-81. He also has served as pastor of churches in Monroeville, Pa., and Rock Valley, Iowa; as interim pastor for numerous congregations in Missouri, Michigan and Texas; and as youth minister at First Baptist Church, Georgetown, Texas (1968-69), First Baptist Church, Waco, Texas (1970-72) and Auburndale Baptist Church in Louisville, Ky. (1973-74).

The editor of several books, Gloer is the author of As You Go: An Honest Look at Jesus' First Disciples and An Exegetical and Theological Study of Paul's Understanding of New Creation and Reconciliation in 2 Cor. 5:14-21. Gloer also has written several articles for publications, such as Biblical Illustrator, Mercer Commentary and Dictionary of the Bible, Review and Expositor, Perspectives in Religious Studies, Baptist Peacemaker and Layman's Bible Dictionary. He has recently completed an article on "Liturgical Elements in the Apocalypse" for Review and Expositor. He also is working on a commentary on 1 and 2 Timothy and Titus for the new Smyth & Helwys Bible Commentary and a book on discipleship in the New Testament.

A leader of Bible conferences and studies throughout the United States, Gloer is a member of the Society of Biblical Literature, Catholic Biblical Association and National Association of Baptist Professors of Religion, for whom he served as central states region president from 1990-91.

About The David E. Garland Chair in Preaching

The chair will enable the university and seminary to recruit prominent pastor-scholar-educators, who will enhance the stature and activities of the seminary, one of only 36 university-based theological schools in the nation. Truett provides a dynamic bridge between the church and the scholarly disciplines of the academy. Truett maintains that effective academic preparation emerges in vibrant ministry in the local church in such areas as pastoral care, leadership, discipleship, missions, evangelism and especially in effective preaching.

These rare few, who will hold the chair, will possess the singular ability and uncommon calling to attain and sustain the high standards for instruction, inspiration, energy and leadership that characterize its namesake.

This chair also will greatly enhance Truett's ability to attract those students whose God-given talents, abilities and selfless dedication to their calling represent the most powerful potential for advancement of the Gospel and fulfillment of Christ's Great Commission.