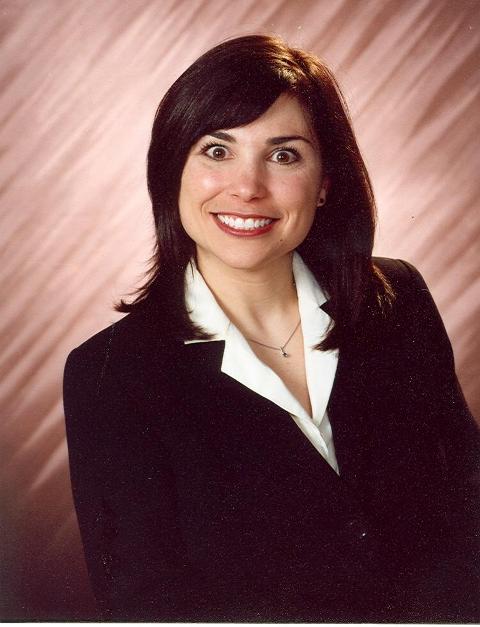 Baylor Law alumna Claudine Jackson has been named the Outstanding Young Lawyer of the Year by the Texas Young Lawyers Association. Jackson will receive her award next week during the State Bar of Texas' annual meeting in San Antonio.

"I was very surprised but extremely honored to receive this award," Jackson said. "I know from being involved with TYLA and my own local bar for so many years that Texas has its fair share of outstanding young lawyers."

"Claudine is a young lawyer and person of such broad and varied skills and interests," said Baylor Law Dean Brad Toben, The M.C. and Mattie Caston Professor of Law. "We stress to our students that the best lawyer, apart from needing to be committed, tireless and skilled, is one who has a passion for service and who is a person with a fervor for life and the world that surrounds us. Claudine is such an excellent lawyer and she adds to that these additional characteristics that we emphasize and hold so important. It is no surprise that once again, a young Baylor lawyer is being honored in this way by the TYLA, itself an outstanding organization."

A military "brat" who grew up mostly in Europe, Jackson did her undergraduate studies at Baylor, and once she decided to pursue a career in law, she didn't look anywhere but Baylor Law School. Her decision to attend law school came after an internship in Washington, D.C.

"I had a mathematics background, but I needed to fulfill a political science credit. So I was hired as a statistician assistant for the Bureau of the Census," said Jackson, who received an "On the Spot" award from the Census Bureau. "I was invited back the following summer and Christmas break as an intern in the Program and Policy Office for the Department of Commerce. Those experiences were a turning point and made me want to pursue a legal career."

While in law school, Jackson excelled in the advocacy portion of her studies and was recognized on the Top-20 Speaker list for two Baylor Moot Court Competitions. She also believed in helping the less fortunate, so she interned and clerked with Heart of Texas Legal Services.

Jackson began her first law practice in 1996 with the firm of Bourland, Kirkland & Seidler and argued her first case in front of the Fort Worth Court of Appeals just a few short months later. Since that start, she has litigated cases involving medical malpractice, nursing home defense and employment and labor issues and even served as in-house counsel for Bell Helicopter Textron. She joined Brackett & Ellis, P.C., in 1999, left for a year and then returned to the firm in 2002. She was made a shareholder in 2005.

"Without a doubt Baylor's practice court and evidence classes taught by Professors Muldrow and Powell prepared me for actual practice," Claudine said. "At the conclusion of my first hearing as a lawyer, Judge Davis, District Judge of 17th District Court, Tarrant County, inquired as to whether I was a Baylor attorney. I proudly replied 'Yes, Your Honor' and he stated he could tell."

Others have noticed Jackson's skill. In 2005, she was named as a top attorney in the area of employment/labor law by Fort Worth, Texas magazine and in 2006 was named a top attorney in medical malpractice defense by that same publication. She was recognized as a Rising Star by Texas Monthly magazine in 2006 and 2007.

She also has served tirelessly in the Fort Worth-Tarrant County Young Lawyers Association, serving as president of the organization in 2000. During her time with the association, she also established the FWTCYLA Liberation Pro Bono Clinic that provides legal services on a weekly basis to people who could not afford counsel.

Additionally, she has served as a director of the Tarrant County Bar Association and as a member of the Private Attorney Involvement Board for West Texas Legal Services, The Pro Bono College of the State Bar of Texas and the Texas Legal Services Board of Directors. In the Fort Worth community, Jackson was a member of the Harris Health Exchange, has served as a judge for Fort Worth's Teen Court and will participate in Leadership Fort Worth during 2007-2008.

In her little spare time, Jackson says her passion is cooking and admits that if she weren't a lawyer, she would be a chef. She isn't shy about showing off her cooking skills. In celebration of the FWTCYLA 70th anniversary, she single-handedly catered a formal reception for 230 at Fort Worth's Bass Hall.

As for her other accomplishments, Jackson is a member of the Nashville Songwriters Association International and with her youngest sister, Katrina, is producing her first album, a collection of country and folk songs they have written over the years. She also is the proud mother of Grant, age 4, and Sarah, age 2.