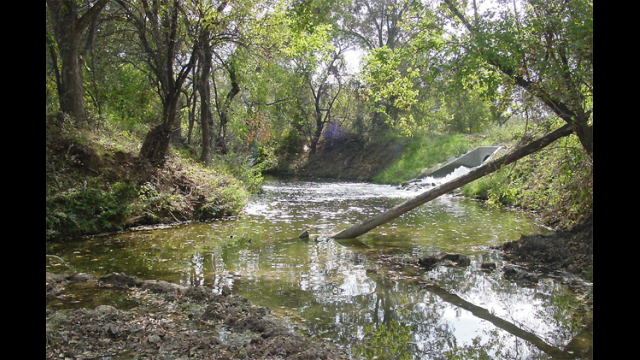 Baylor University researchers have found the residue of three new human medications in fish living in the Pecan Creek in North Texas. The pharmaceuticals, which have not been previously identified in fish, include diphenhydramine, an over-the-counter antihistamine also commonly used as a sedative in non-prescription sleep aids and motion sickness; diltiazem, a drug for high blood pressure; and carbamazepine, a treatment for epilepsy and bipolar disorder. Residue of norfluoxetine, the active metabolite of the antidepressant fluoxetine, was also detected in this study, confirming results of a previous project by the researchers.

"These results demonstrate the increasing need to consider bioaccumulation of emerging contaminants in the environment," said Dr. Kevin Chambliss, an assistant professor of chemistry at Baylor, who is a co-lead investigator on the project. "This research proves fish are being exposed to multiple compounds in our waterways."

The researchers report these findings in the journal Analytical Chemistry, the premier publication in the analytical chemistry field.

Like many rivers across the country, most of the water in Pecan Creek is effluent from an upstream wastewater treatment facility. While fish are typically seen as early warning signals for larger environmental issues, even human health, the data suggests there is not a human health concern. However, exposure to the compounds may produce adverse effects in fish. For example, high levels of antidepressants, like fluoxetine, in fish are known to cause behavioral changes, which impact aggression, feeding rate and other behaviors necessary for fish survival.

"The effects of these three new compounds on fish are still not well understood, but it could be important to an emerging area of science," said Dr. Bryan Brooks, an assistant professor of environmental and biomedical studies at Baylor who is an environmental toxicologist and a co-lead investigator on the project. "The pharmacological properties of these compounds in humans will likely provide an indication of their specific effects in fish."

To test the collected fish tissue for pharmaceuticals, Chambliss and Alejandro Ramirez, a Baylor doctoral student in chemistry who is the lead author on the study, developed a new method using a technology called liquid chromatography-tandem mass spectrometry. It can, for the first time, screen fish for several groups of drugs at the same time. Researchers said previous tests for detecting pharmaceutical and personal care products in tissues of aquatic organisms focused only on identification of individual medications or classes of medications like antidepressants. The new test created by Baylor researchers can screen up to 25 different drugs, representing multiple therapeutic classes. The 25 compounds were chosen based on their relative frequency in the environment as well as the variability of their structures and physicochemical properties.

Research at Baylor has long been an important part of the academic life of the University. In 2006, the Carnegie Foundation reclassified Baylor as a "research university" with high research activity. The faculty's standing commitment to excellent teaching, scholarship and interdisciplinary research continues to produce outstanding graduates at both the undergraduate and graduate level. Baylor 2012, the university's 10-year vision, articulates Baylor's aspiration to develop into one of America's leading Christian research universities. Brooks and Chambliss are also affiliated with the Center for Reservoir and Aquatic Systems Research, one of the more than 25 research institutes and centers at Baylor.