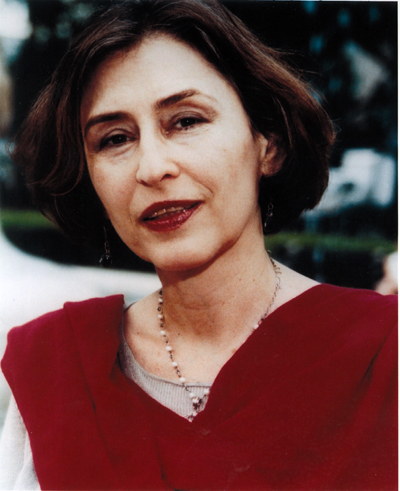 Azar Nafisi, the author of the best-seller Reading Lolita in Tehran: A Memoir in Books , will deliver this year's Beall-Russell Lecture in the Humanities at Baylor University. Nafisi's lecture, "Republic of the Imagination," will begin at 3:30 p.m. Thursday, Oct. 26, on the fifth floor of the Cashion Academic Building. Admission is free.

In 1995, Nafasi found she could no longer properly teach English literature in Iran without attracting the attention of the authorities. She invited seven of her best female students to secretly attend regular meetings at her house every Thursday morning. They studied literary works considered controversial and even dangerous to read in post-revolutionary Iranian society such as Lolita, Madame Bovary and The Great Gatsby, as well as novels by Henry James and Jane Austen, attempting to understand and interpret them from a modern Iranian perspective.

Reading Lolita paints a compassionate and often harrowing portrait of the Islamic revolution in Iran and how it affected Nafasi and her students. The book spent more than 70 weeks on the New York Times best-seller list and has been translated in 32 languages.

Nafisi is a visiting professor and the director of the SAIS Dialogue Project at the Foreign Policy Institute of Johns Hopkins University's School of Advanced International Studies in Washington, D.C., where she is a professor of aesthetics, culture and literature, and teaches courses on the relation between culture and politics.

She attended the University of Oklahoma, where she received her doctorate in English and American literature, and later Oxford University and taught literature at three Iranian universities, including the University of Tehran, from which she was expelled for refusing to wear the veil. She left Iran with her family in 1997. She has written Anti Terra: A Critical Study of Vladimir Nabokov's Novels and written for The New York Times, The Washington Post and The Wall Street Journal.

The Beall-Russell Lectures in the Humanities were established in 1982 with a financial gift from Virginia B. Ball of Muncie, Ind. She named the lecture series in honor of her mother, Mrs. John A. Beall, and Lily Russell, former dean of women at Baylor, both Baylor alumnae of the Class of 1910.

The purpose of the lectures is to provide an opportunity for Baylor students and faculty to meet and hear lecturers renowned in the humanities. Past lecturers have included poet Maya Angelou , journalist Bill Moyers , and Nobel Prize winner for Literature Czeslaw Milosz .

For more information, contact Dr. Alden Smith, professor and chair of classics, associate dean of the Honors College and director of the University Scholars Program, at (254) 710-1399.