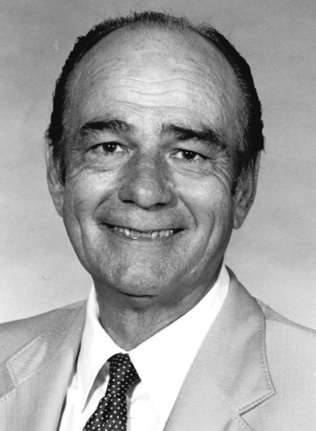 Visitation will be from 6 to 8 p.m. Thursday, June 22, at Wilkirson-Hatch-Bailey Funeral Home, 6101 Bosque Blvd. in Waco. A memorial service will be held at 11 a.m. Friday, June 23, at First Baptist Church of Waco.

A veteran of 51 World War II missions as a fighter pilot and nearly four decades as a teacher, Flanders served as department chair and professor of religion from 1969-92, retiring as professor emeritus. He continued to teach after retirement at Baylor Law School. Previously, he served as a religion department chair, professor and chaplain at Furman University in Greenville, S.C., from 1950-62.

"Dr. Flanders served as a model to those of us who were younger in scholarship, administrative abilities, church attendance and practice, love of family, respect for students and collegiality with the Baylor faculty," said Dr. Bob Patterson, Distinguished Professor and director of graduate studies in religion, who has taught at Baylor since 1961.

Born in Malvern, Ark., Flanders earned his bachelor's degree from Baylor in 1943. He later attended Southern Baptist Theological Seminary, receiving his bachelor of divinity degree in 1948 and his doctorate in 1950. He also completed additional studies at universities in England, Scotland, Ireland, Wales, Germany, and Switzerland.

As a World War II fighter pilot, Flanders survived 51 missions in P-47 Thunderbolt aircraft between his arrival in Europe and the end of the war. He flew with a squadron based at Luneville, France, and was assigned to support the allied armies as they advanced into Europe.

Recalling his missions during a 1994 interview for a Baylor Law School publication, Flanders said, "Whenever I got to within 30 minutes of the airfield on the return, I used to remove my oxygen mask and start singing, 'Going To Buy A Paper Doll.' That's when I knew I'd made it back one more time."

Many of his buddies were not so fortunate. Of the original 24 pilots he was assigned with to Luneville, only five survived. Flanders said that kind of experience led him to value each day extended to him.

At Baylor Law School, Flanders taught for nearly three decades as a professor of law ethics and morality and regularly conducted a seminar there.

"Dr. Flanders embodied the traits of courage, character, integrity and commitment," said Law Dean Brad Toben. "We were enriched by his friendship and intellect and blessed by his life."

Flanders served as one of the founders of the College Association of Baptist Teachers of Religion and was active in numerous community and volunteer organizations in both South Carolina and Texas and the Waco/Central Texas area. He also held membership in many Baylor-related organizations and served as permanent president of the Baylor Class of 1943. In addition, he served as president of the Baylor Alumni Association from 1968-69.

Flanders was named a Distinguished Alumnus of Baylor in 1986, and in 1995, he received a Baylor Retired Faculty Award.

Flanders also was in demand as a speaker, and in 1960, he visited Peru, Chili, Uruguay and Brazil on a summer speaking tour. A prolific writer, he authored a number of books and articles which appeared in such publications as the Baptist Courier, the Baptist Standard, the S.W. Journal of Theology and the Journal of Church and State. His books included Introduction to the Bible, which he wrote in 1973 with Dr. Bruce Cresson of Baylor, and People of the Covenant: Introduction to Old Testament, which he and two others authored in 1963. The fourth edition of this book was published by Oxford University Press in 1996.

Memorial donations may be made to one's favorite charity.